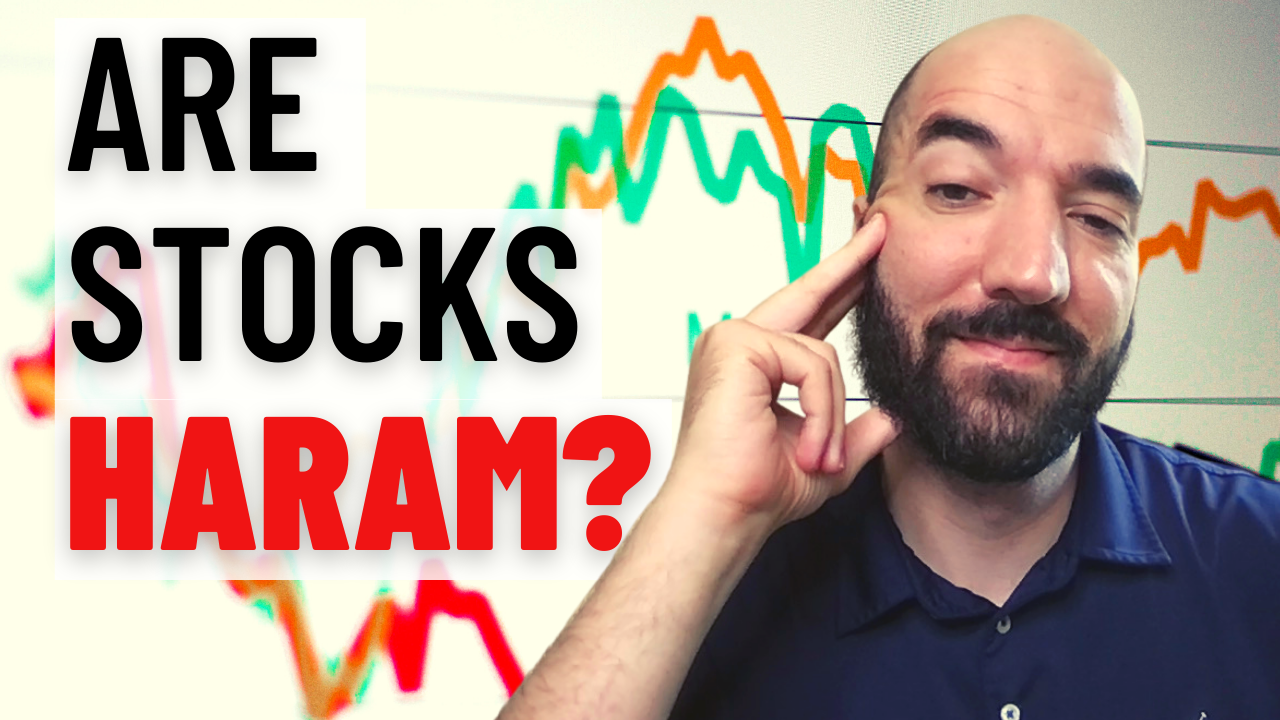 Recently I had a good friend of mine, and colleague at PIF, tell me he was having doubts about the entire investing in stocks thing.

He started asking himself: regardless of the particulars of the company, there is always at least some degree of involvement the company has with interest, either in the form of interest-income or interest expense, and therefore wouldn’t investing in this company be haram?

My reaction to this was two-fold: First, I’m happy that we have very sincere people working for PIF that are thinking for themselves and questioning ideas that we often may be guilty of taking for granted.

Second, the concern is worth responding to. So I wanted to review this argument for myself first, and figured I’d share my thinking with others as well and that’s exactly what I’ll be doing in this article…

Stocks are ownership interests in companies.

If you own Apple stock, you are part owner of Apple.

If you own Tesla stock you are part owner of Tesla.

The question of whether stocks are halal or not, in my mind, hinges primarily on the answer to the following question:

If you are part owner of a business, are you morally responsible for every decision this company makes?

Put differently, are non-controlling owners of a company just as responsible for the company’s behavior as controlling members are?

If you control a company, your level of responsibility is fairly easy to ascertain.

If the company is engaged in any amount of haram business dealings then this is your responsibility and you will be accountable for this on the day of judgment.

After all, you are the boss, what you say goes, and therefore had you made different decisions, the company would not have been engaged in the haram activities it was engaged in.

However, what if you are a minority owner and you have very limited influence over the company’s decisions?

What if you just own a few shares of a multi-billion dollar company?

Are you, as a non-controlling owner of this company equally as responsible as someone with control of the company?

I think instinctively the answer to this question is: no, you would not be equally as responsible.

So this verse draws a clear connection between ability and responsibility.

Certainly if you control the company, as a Muslim, you should have zero tolerance for interest-bearing debt and haram business dealings.

It doesn’t matter whether this is interest income or interest expense, a lot of haram or a little.

You are responsible for all of it, because you are in control.

However, it is my view that as someone with a non-controlling interest in a company, your level of tolerance for the business’s activities which you don’t agree with becomes more of a judgment call.

I suppose one could argue, even as a minority business owner with no control your tolerance should always be zero.

The business has to have zero interest-bearing debt, zero interest income and zero haram activities in any amount.

The problem with this is I suspect nearly 100% of medium to large sized companies would fail this standard.

I would posit to you that there are no medium to large sized companies that have no dealings whatsoever with banks.

For argument’s sake, let’s assume you’re able to find a company that has zero dealings with any banks in any way…

Basically all their cash management is done through a Dogecoin wallet.

With regards to medium to large companies that have revenues in the millions and billions of dollars, you are very seldom going to agree with how every single revenue dollar was generated.

There are very few companies that have:

0 revenue from China or any other tyrannical regime

0 infractions in their supply chains

and the list goes on and on of possible infractions a company may commit.

Keep in mind, I think if any of these infractions exists in abundance or in a systematic way, then this is a company you should stay away from investing in.

However, if you’re claiming that even as a minority owner with no control of the company your tolerance for these matters needs to be zero across the board, no matter how small in magnitude they are, then you’re basically saying it’s haram for Muslims to invest in any company that isn’t extremely small.

I would argue that such an impossible standard is not in the best interest of Muslims.

For Muslims to be 0% owners in the most important companies defining humanity’s future seems rather unwise to me.

It would mean that we’re basically, as a nation, forfeiting our seat at the table.

Wealth is a form of strength and without it, as a group, we won’t really matter.

Buying company shares is one of the best and most straightforward ways to build wealth.

The wealthiest 10% of Americans own a record 89% of all U.S. stocks

To say that all stocks are haram and discourage Muslims from investing in stocks, one of the best ways to build wealth, in order to hold them to an impossible standard, in my view, would result in much more harm than benefit.

That said, I would certainly consider some stocks to be haram to invest in.

Where is the line between Halal and Haram?

So where does a someone with a minority stake in a business draw the line between what they are willing to tolerate and what they are not?

To help answer this question, a few different Islamic organizations have come out with some standards that they think are good rules of thumb when trying to ascertain where this cutoff point is.

Perhaps the most well known of these standards is the 5% rule (not to be confused with the 5 second rule that teenagers use to ascertain when it’s still ok to eat something that dropped on the floor).

The 5% rule states that the estimate for income from haram activities that a company generates should not exceed 5% of the company’s total income.

On the use of the words “Halal” and “Haram”

It is probably not correct for us to be labeling individual stocks as halal or haram. What we mean to say is “insha’ Allah halal”. This is because we are using our best judgment based on the information we have and really can’t be entirely sure without revelation.

This is why at Practical Islamic Finance I decided we would not to use a rating system that labels stocks as halal or haram, rather, our rating system uses the terms: Comfortable, Questionable or Uncomfortable.

I see others are starting to use my system and I expect more will start using it with time (probably without giving me or PIF any credit for it).

Alhamdulillah since starting this blog I am proud that we have been a leading indicator with regards to the practices and positions that the rest of the Islamic finance industry later adopts.

You can see the list of stocks we’ve assigned comfort levels to here.

The person who actually brought this topic up to me, is the head of our Halal report reviews so you know we have some really sincere Muslims writing our content and doing our research, Alhamdulillah.