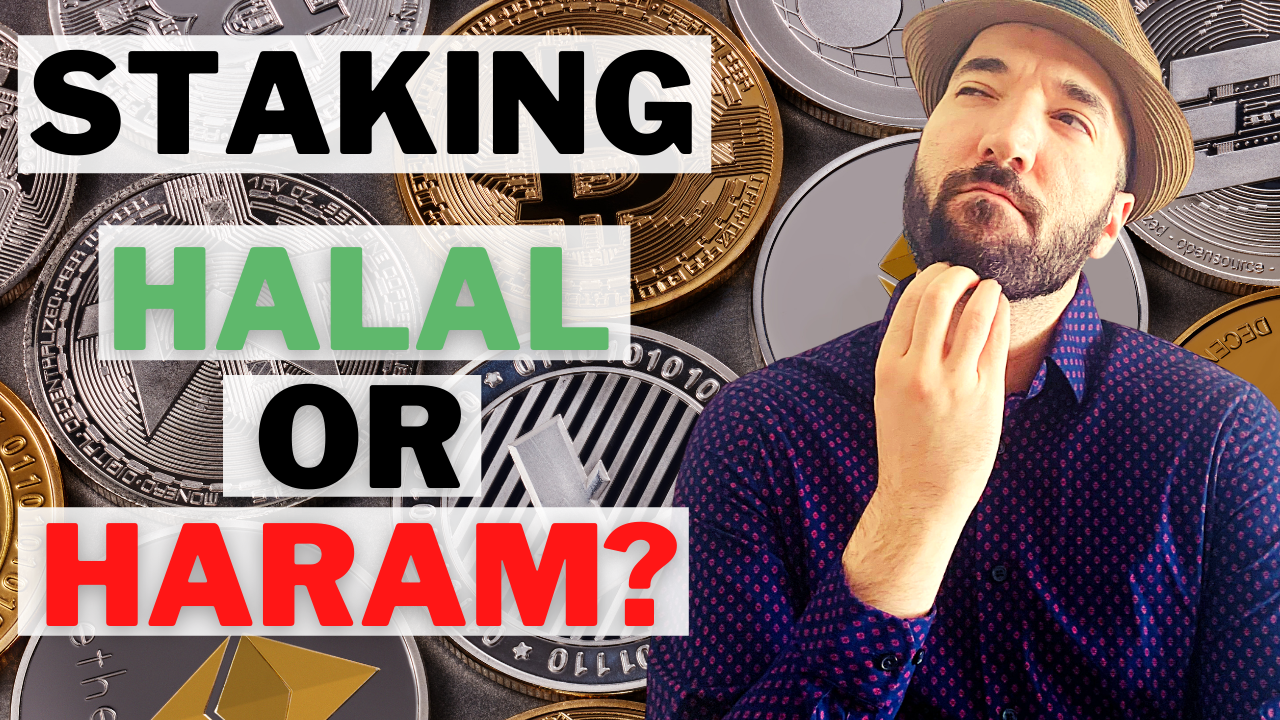 Initially when people asked me about my opinion on PoS I thought they were referring to Arabic dictators.

It turns out they were talking about Proof of Stake and whether or not I thought it was halal or haram.

So here it is, my attempt to answer the question:

Is Crypto Staking Halal or Haram?

What is Crypto Staking?

The amount of reward you get from staking is proportional to how much cryptocurrency you stake and for how long.

The reason why cryptocurrency software is often designed to incentivize staking with rewards is that the staked coins help increase the security and integrity of the cryptocurrency’s blockchain.

There are differences between how staking is done for different cryptocurrencies but this is generally how it works.

From what I described staking involves committing money and hoping to get your money back with a return.

While this may sound like riba to many, it is not sufficient.

After all, committing money and hoping to get your money back with a return is at the core of every financial investment you can think of.

Riba is present in a loan of money wherein the lender has the expectation of benefitting from their loan.

In Islam, the only permissible loan of money is that which is done as charity.

In the case of staking, is there a loan of money?

A loan of money involves a lender, a borrower and a principal amount of money that must be returned.

Are these elements present in crypto staking?

There is no borrower.

As is clearly evidenced by the fact that you can do crypto staking on your own.

You don’t need a human counterparty.

Assuming you have the technical know-how and the minimum number of tokens for your chosen blockchain, you can lock your tokens into your Proof of Stake blockchain without the involvement of anyone else.

After all, you are transacting with the software, not another human.

Granted, most people will use a platform like Coinbase or Binance to facilitate their crypto staking for them because either they don’t have the technical expertise to do it on their own, the minimum number of coins, or they just don’t want to spend the time and effort required.

However, using the convenience of an intermediary doesn’t change the nature of the transaction and what is being done.

Now one may ask: where are the rewards from staking coming from? Are they just popping out of thin air?

Cryptocurrencies are governed by software. The software determines when new coins are created and rewards are distributed.

When you earn your staking rewards, no other person’s cryptocurrency balance is decreasing.

The algorithms for that particular cryptocurrency’s software are what is creating the rewards.

Isn’t crypto staking risking your money in a valueless activity and therefore a form of gambling?

Again, without going into the technical details, the more coins are staked the more secure the network becomes.

Therefore, it is not a valueless activity.

Doesn’t staking cause the rich to get richer?

Isn’t crypto staking allowing the rich to get richer since all you have to do is commit money in order to get more money?

I don’t think there is anything in Islam that discourages the rich from getting richer so long as they are producing value and not being unfair to anyone else in the process.

With crypto staking, the staker is helping secure and validate the blockchain which makes the crypto holdings of everyone else associated with this blockchain more valuable.

Generally speaking, I find no objections to crypto staking in Islam.

The relevant hadith here is:

There should be neither harming nor reciprocating harm

Hadith from the Prophet Muhammad PBUH

In the case of Crypto Staking I don’t see anything inherently harmful to the participants nor harmful to others.

Here I should acknowledge that there are thousands of cryptocurrencies and staking is not going to work the same for all of them.

My conclusion about staking does not include instances where the crypto is being lent out to a borrower.