Emotions You Must Control While Investing 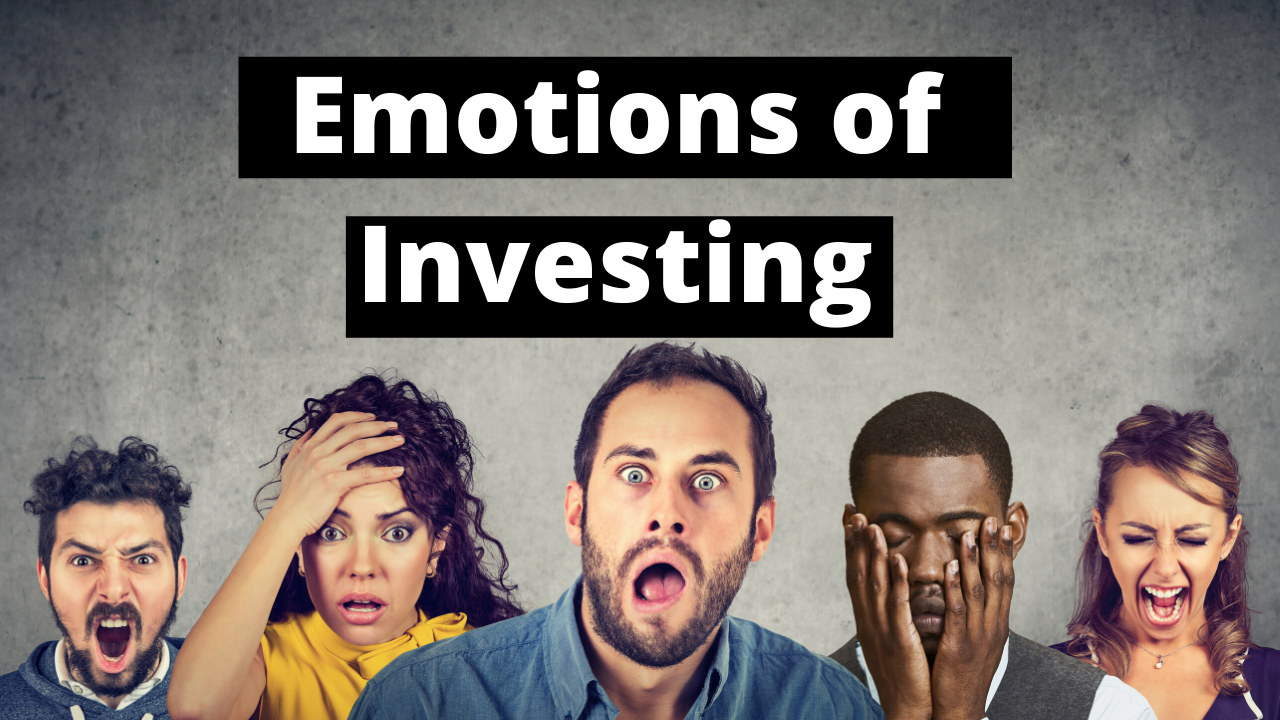 Contrary to popular belief, becoming a successful investor does not require a particularly high IQ.

The most important quality for an investor is temperament, not intellect.

Below is a list of emotions that exert enormous influence on the quality of our investment decisions.

Psychologically, losses have been found to be much more powerful than gains.

Put differently, the joy derived from a gain is much smaller than the pain experienced from a loss.

The pain of loss causes investors to hold on to their losers even if an investment has little to no chance of going up again in order to avoid recognizing their loss.

E.g. If an investor bought XYZ company at $50 per share and now it’s at $25 per share, even if the fundamentals indicate that XYZ is fairly priced at $25 per share, some investors will hold on to their XYZ position anyway because selling their shares means recognizing their loss and this is very painful.

Similarly, fear of loss causes people to quickly lock in profits for fear that these profits may be lost which limits their upside potential.

E.g. if XYZ is bought at $50 per share and it appreciates to $75 per share, even if the fundamentals suggest that its price should be $100 per share, some investors will sell their shares out of fear they will lose their profits.

Fear of loss often causes investors to sell winners and hold on to losers.

Even worse, an investor with a loss is likely to choose exceedingly risky investments in order to make up for their loss.

This is why I’ve advised people to delete their Robinhood Apps or whatever other stock trading apps from their phones. I have nothing against using the Robinhood trading service on desktop, just don’t have the app on your phone. Having the app on your phone will likely cause you to check your portfolio too frequently, experience the pain of volatility more acutely, and increase the chances of you selling your winners too early.

People have a tendency to overestimate the power of their intuition and reasoning abilities.

The reason why it’s important to not overestimate your skill level is because overconfident investors overestimate the expected gains from their trading and as a result, they trade too much.

Study after study have shown that those individuals that trade the most earn the lowest returns.

Lack of self-control stems from an inability to delay pleasure.

People want their Dopamine rush now and they’re willing to miss out on large future benefits in favor of not having to wait.

Lack of self-control will not only hinder your investment performance but your ability to achieve any of your long-term goals.

Lack of self control causes investors to do things like:

Things you can do to obtain a greater degree of self-control:

Regret is the feeling that an opportunity has been needlessly missed and is typically associated with hindsight bias.

Hindsight bias happens when past events are seen as more predictable than they actually were.

E.g. Faced with the regret of not having owned a particular stock during a previous year, investors may be driven emotionally to remedy this regret by purchasing the stock they wished they had owned last year.

Regret is different from disappointment in that regret is associated with feelings of personal responsibility.

In order to avoid regret, investors can be encouraged to invest the same as others which softens the burden of responsibility. After all, you can’t be blamed personally if everyone was thinking the same thing.

Understanding the emotions behind our investment decisions is crucial to improving these decisions. The more cognizant of these emotions we are and the more control we can exercise over them, the better our investment outcomes will be.