How to Identify Undervalued Stocks (5 Ratios You Need to Know) 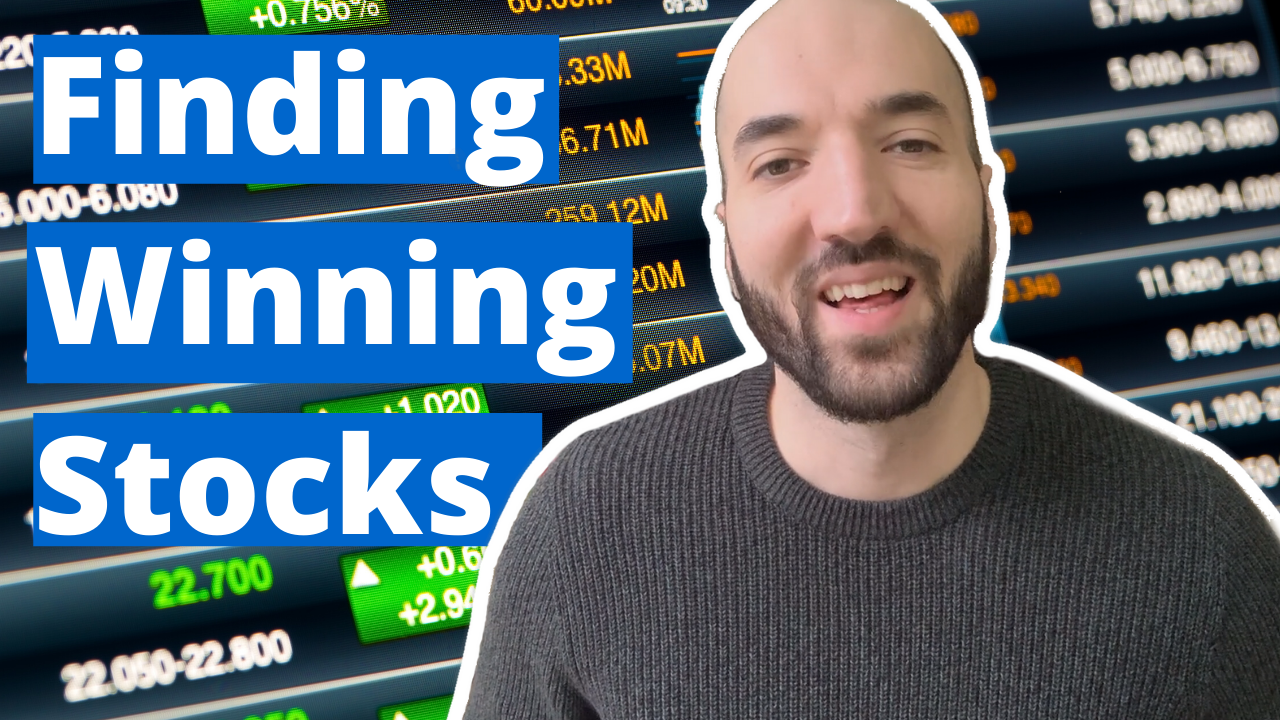 So you want to get your money to start working for you by investing in stocks but you’re not sure how to get started.

This article will introduce you to 5 important ratios to consider before making any investment decisions.

This ratio tells you how many dollars you’re paying for each dollar in earnings the company earned over the previous 12 months.

Generally speaking, the higher the PE ratio, the more expensive the company. The lower the PE, the cheaper the company.

Be aware of the drawbacks of this ratio:

The major drawback of this ratio is that it doesn’t account for any reinvestment of earnings the company may be doing nor what the growth prospects for the company are.

Often, as a company is getting started it won’t have any earnings at all or may have negative earnings. This doesn’t mean it’s not a good buy because the growth prospects for the company may be high.

Amazon is a good example of this.

For the longest time, Amazon had almost negligible earnings compared to its sales because it reinvested almost everything it earned back into the business. Only recently has Amazon started to consistently post positive earnings per share.

Amazon’s high reinvestment rate and therefore artificially low earnings meant that it’s PE had been a poor indicator of its prospects as an investment.

A slightly better multiple is to use the forward PE, which divides the current price per share by the expected earnings per share over the next 12 months.

Still, it is very likely that investments a company makes with its earnings will not bear fruit until 2, 3 and sometimes 5 years in the future. So even a forward PE will likely not capture the future growth prospects of a company.

From this we can conclude that while P/E ratios are useful for comparing non-growth companies, they are often poor judges of growth companies (companies that are expected to grow faster than the overall economy).

To compare growth companies with one another, you may want to consider using our next ratio:

It’s really up to you to decide what you use for the annual earnings growth rate.

Yahoo! Finance uses 5-year expected growth rate and a P/E based on the EPS estimate for the current fiscal year for calculating PEG

The lower the PEG the cheaper the stock is.

The higher the PEG the more expensive the stock is.

The drawback of PEG is that it doesn’t give you any information about growth and P/E separately. So if you observe a small PEG ratio does that mean its P/E is low or it’s Growth is high? Similarly, for a high PEG ratio, does this mean the PE is high or that Growth is low?

The next multiple to look at is:

ROE can be a good metric by which company management is judged since it gives us an idea of what management is able to do with every dollar that is given to it.

However, use ROE with caution…

With ROE, you can deflate net income if you’re reinvesting your earnings, as we know Amazon does quite aggressively.

You can also inflate net earnings relative to shareholder equity if you carry a lot of debt on your balance sheet.

Apple may have a 60.19% ROE but it’s not just using shareholder equity to generate returns it also has $116.75 Billion dollars in debt whereas Amazon has $77.54 Billion in debt as of December 2019.

Debt-to-Equity is a good multiple for gauging how much a company relies on debt in its operations.

Higher debt to equity multiples tend to indicate higher risk for investors. This is because debt creates fixed liabilities that the business has to come up with regardless of their cash flows. If business is down and cash flow is tight, a high debt to equity ratio means the company may have problems making its debt payments.

What is considered elevated or low Debt-to-Equity will differ dramatically based on the industry.

For example, manufacturing companies will typically have higher debt-to-equity ratios than technology companies.

Typically D/E is primarily influenced by long-term debt since these tend to be the larger accounts. Accordingly D/E may be a bad indicator for the solvency of a particular company.

Clearly however the second company with 10 million in short term liabilities has a much bigger solvency problem than the first company, all else being equal.

So if a crisis of some sort is happening and you need to evaluate a company’s solvency prospects in the near term, you’ll want to use a different metric that focuses on short term liabilities. One of the most commonly used is the current ratio.

Current assets refers to cash and cash equivalents that can be turned to cash in less than a year.

The current ratio measures a company’s ability to meet its financial obligations over the next year.

The ideal current ratio will depend largely on the industry.

So if you’re looking for a bargain airline to buy on the heels of the Corona virus crisis, make sure you pick one that has a good current ratio. If air travel doesn’t pick up soon you may start seeing some airlines with bad current ratios start to go belly up.

It’s important to understand that financial multiples alone are not enough to know if a company is a good buy or not. You have to understand the financial ratios in the context of the overall story surrounding the company.

Most importantly, you have to understand the business you’re investing in.

Put differently, while financial ratios are necessary to know they are not at all sufficient.

Disclaimer: This is not investment advice. Make sure you do your own due diligence before making any investment decisions. The information in this article is for informational and educational purposes only.