How to Purify Stock profits? 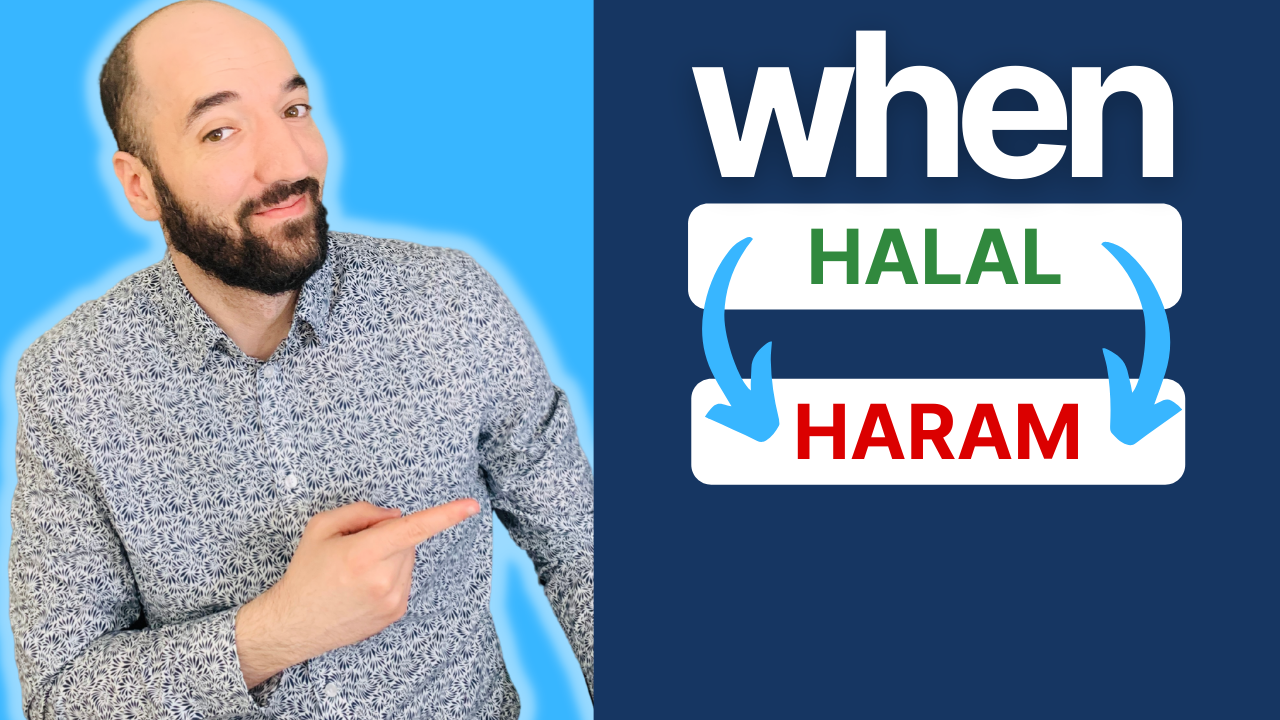 The question of what to do when a stock goes from Halal to invest in to Haram to invest in is one that many Muslim investors struggle with answering.

Admittedly, this is often not an easy question to answer.

In this article, I’ll tell you how I handle a stock that goes from a halal rating to a haram one, and also how to calculate the purification amount for your stocks.

What to do when a stock that was halal when we bought it gets classified as haram?

Since classifications of halal and haram are likely coming from automated stock screeners, it’s important we understand what stock screeners do to ascertain whether a stock is halal or haram.

All screeners will look at haram revenue to be less than 5% of total revenue.

Stock screeners will also use some measure of the amount of debt a company has.

Whether it’s debt/equity, debt/assets, or debt/market cap, and compare it to a predetermined limit.

In the case of Practical Islamic Finance, we focus on interest expense in relation to the size of the company’s operations.

Also, following PIF’s footsteps, some screeners have recently begun to look at ESG ratings as well.

ESG refers to the Environmental, Social, and Governance impact of the company on the various parties it comes into contact with.

Regarding these criteria, it’s important to understand that the commonly used 5% haram revenue limit is not mentioned in the Quran or Sunnah. It is a best-faith estimate and nevertheless, at the end of the day, a made-up number.

There is also nowhere in the Quran or Sunnah where the amount of debt a company can have is capped at a certain amount. Debt isn’t even prohibited at all, interest is. This is why PIF focuses on the latter.

However, even the interest standard which PIF employs uses a made-up number which is the 5% cap on (interest expense / total operating expense) to draw a line between interest expense which can be considered trivial and that which shouldn’t.

Further, the ESG impact part of the rating is almost entirely subjective.

Company X is cutting down the Amazon rainforest but also found the cure for a terminal illness, so what’s the ESG score for that?

Additionally, in most cases, the service or app you are using is being driven by code that is completely oblivious to the circumstances and nuances of the company in question.

(PIF’s comfort ratings are reviewed by a human before they are published).

Furthermore, the financial reports themselves which are being used to determine halal and haram ratings, are typically months old.

The SEC requires that companies report their annual earnings (form 10-K) no later than 60 days from the end of its fiscal year [1].

So by the time the stock screeners get this information and they change their rating for a stock, their information is already two months old and who knows what the situation is today.

All this to say the following:

Stock screening services are only, at best, subjective moral judgments based on very rough approximations of the truth a few months ago.

Therefore, reacting to the results of a stock screener changing the rating of a company you invested in by abruptly making buy or sell decisions in your portfolio is probably not the wisest course of action.

This pushes their revenue from haram sources, according to the stock screener’s rough estimations, from 3.5% to 5.5%.

Your average stock screener is going to issue a haram verdict on this stock for the next three months until the next quarter’s financials are released.

Does this mean you should sell your shares immediately?

So when you see a stock screener change a rating from halal to haram, take it with a grain of salt.

Understand what caused the change before you make any rash decisions.

When to Sell a Stock for Halal/Haram Reasons?

I’ll tell you my rule and it comes from the following two beautiful hadith from the prophet Muhammad PBUH:

Al-Nawas bin Sam’an Al-ansari (may Allah be pleased with him) said: I asked the Prophet (peace and blessings of Allah be upon him) about righteousness and wrongdoing, He said:

Righteousness is in good character, and wrongdoing is that which wavers in your soul, and which you dislike people finding out about.

Wabisa bin Ma’bad may Allah be pleased with him said:

I came to the Messenger of Allah (peace be upon him) and he said, ‘You have come to ask about righteousness.’ I said, ‘Yes.’ So He, peace be upon him, grouped his fingers and pushed against my chest saying, ‘Consult your heart. Righteousness is that which the soul feels at ease with and the heart feels tranquil and wrongdoing is that which wavers in the soul and causes uneasiness in the chest, even if people repeatedly tell you it’s permissible.

So here’s how I know when to sell..

Whether I’m up, down or sideways on my investment:

I sell it when it becomes uncomfortable for me to hold.

When it starts wavering in my soul or if I’m embarrassed to publicly say to my Muslim friends or my Muslims audience that I’m invested in this company, that’s when I sell.

There is a prerequisite to applying this rule which is that you have to understand and follow the companies you’re investing in. If you don’t know what you’re investing in, it’s pretty tough to form an educated comfort level about them.

I don’t really see much merit to the argument that you can keep a stock that you’re uncomfortable with from a halal perspective until you’ve recovered your principal.

If a stock becomes uncomfortable for you to hold from a halal perspective, sell it and use the proceeds to buy some other stock that you are comfortable with and recover your principal with the comfortable stock.

Plus there’s a practical incentive to doing things this way, in addition to a moral one, which is that if you sell at a loss, in most developed countries you can use this loss to lower your tax obligations.

How do I Purify my profits from stocks?

Now for the my method for purifying profits from stocks:

I don’t do this if I haven’t sold yet because if you’ve been in the market for more than 2 days you know that profits today can turn into losses tomorrow.

Only when I realize a profit from selling a position do I do purification which is not to be confused with zakat and is perhaps the subject of a future article.

Using my 10% rule for purification buys me some leeway.

I’m investing on the assumption that my companies, on average, don’t have more than 5% in income from haram sources. So if I’m ever wrong about this, I estimate 10% should more than cover my error.

Also, by donating 10% of my profit, I don’t have to go into the nitty-gritty of a company’s financials to figure out exactly what the purification amount should be. The time I save by not having to do that accounting is more than worth paying a little extra for purification.

Plus, you can think of any extra that you gave to purification as an investment in your akhira.

So by giving to charity, you’re reinvesting your profits insha’ Allah in an investment that is guaranteed by Allah subhanahu wata’allah to be profitable.

On top of all this, the 10% I donate to charity is tax-deductible.

Want to use my method?