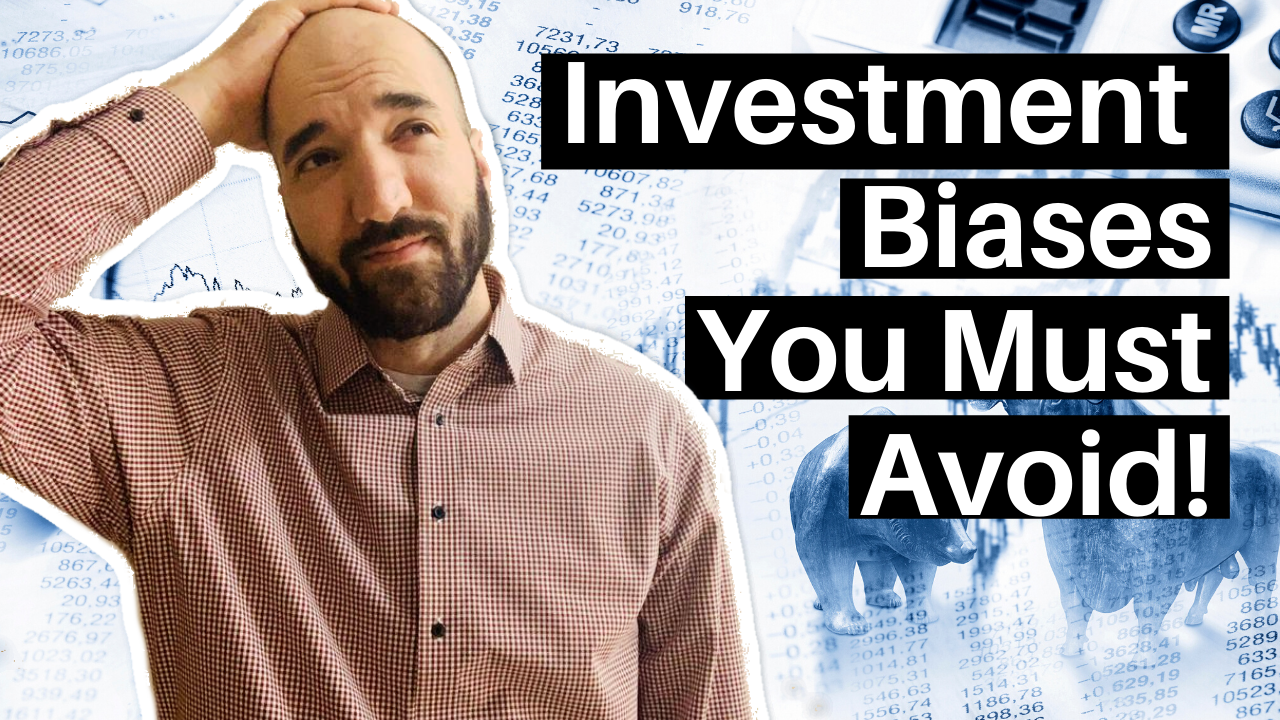 Becoming a successful investor is more about making unbiased judgments than it is raw intelligence.

Biases are tendencies in our thinking that interfere with our ability to make optimal decisions.

To make unbiased judgments, it helps to familiarize oneself with some of the common biases in human thinking. This way, we can identify these biases when they occur in us or in others and adjust our judgments accordingly.

In this article, I cover some of the common biases in thinking that humans in general and investors, in particular, suffer from…

Belief Perseverance is the tendency for people to hold their beliefs as true even when there is ample evidence to discredit this belief.

Belief Perseverance bias is closely related to cognitive dissonance which refers to the mental discomfort that one experiences when new information conflicts with previously held beliefs.

To resolve this discomfort people may resort to selective exposure, selective perception and/or selective retention.

Allah SWT refers to selective perception and retention in the Generous Quran by saying:

“Have they not traveled through the Earth and have hearts by which to reason or ears with which to hear? indeed, it is not the eyes that go blind but the hearts in the chests.”

Even if you’re not physically blind, your bias may be causing you to be blind to that which you don’t want to see in order to avoid the discomfort that may come with it.

When it comes to investments it is important to ask yourself: am I full appreciating the counter-argument to my belief?

Am I only exposing myself to sources of information that I know will be supportive of my original belief or am I actively seeking out contrary viewpoints?

Am I undervaluing pieces of information that do not support my theory?

Whether it’s starting a new business, buying a particular stock, investing in a new technology, you should always ask yourself: have I fully processed, understood and accounted for new information that may conflict with my previously held beliefs?

To counteract the effects of belief perseverance bias actively seek out information that challenges your beliefs.

Don’t overdo it though.

Once you think you’ve done enough homework considering the counter-arguments then make a decision.

In other words, keep an open mind but not so open that your brain falls out.

This bias happens when people incorrectly assume that a small sample size is representative of the entire population.

You get one or a few pieces of information and you think you’ve understood the entire picture.

If you tuned in to the nightly news on any given day, you would likely think that the world is falling apart and everything is going to hell in a hand-basket.

However, you would be forgetting that the job of the news is basically to answer the question: What is the worst thing that happened in the world today?

Generally speaking, the news is not meant to report on the positive, encouraging developments that are happening every day.

As it relates to investments, people are often quick to panic and quick to get hyped after a few negative or positive headlines.

It’s important to keep a level head at all times and make sure that you are not overweighting a sample of information and neglecting to account for the broader picture.

This happens when people think they can influence or control a particular outcome when in fact they cannot.

In one study it was observed that people were willing to pay a higher price for lottery tickets that they could choose the numbers for than they were for lottery tickets with randomly generated numbers. Logically, this shouldn’t be the case since both tickets have exactly the same probability of winning.

To counteract the illusion of control, it’s important to realize that successful investing is ultimately an exercise in choosing the actions with the highest probabilities of success. The key word here is probabilities. There are no certainties. Anything can happen and you should invest accordingly.

When looking back, people have a tendency to see past events as having been easily predictable.

Poorly reasoned decisions, because of the outcome, may be seen as genius.

Well-thought-out decisions, because of the unfavorable outcome, may be seen as avoidable mistakes.

It’s extremely important that you categorize your decisions as unwise or wise based on their associated probabilities when you made the decisions rather than their outcomes.

There’s a 100% chance that you’ll need this money over the next 3 months.

You think there’s an 80% chance Apple stock is going to appreciate by 30% over the next 3 month and a 20% chance that it loses 30% over the same time period.

Assume the price of a share of Apple goes up over the next 3 months and appreciates exactly as you predicted by 30%.

Was it an unwise decision to not invest? I would argue that it was in fact the height of wisdom.

Hindsight bias will tell you that you knew Apple was going to go up, you should have invested your money and you would have been 30% richer right now.

In reality, you made the right decision to not invest because you knew you needed the money and there was a possibility that Apple’s price was going to go down and you couldn’t afford that.

To remedy this bias make sure you write down the reasons for the investment decisions that you make when you make them so that when you look back you’re able to give yourself a fair assessment of your performance.

How to Counteract Biases:

To summarize the remedies for counteracting biases:

Hopefully knowledge of the biases I mentioned in this article will help you not only become a better investor but a better decision maker in general.

Keep in mind, overcoming these biases requires constant effort, just because I am writing this article doesn’t mean I am immune from these biases rather it is a reminder for myself and others to be aware of these biases and constantly strive to moderate their effects.