Is Avalanche (AVAX) Halal to Invest In? 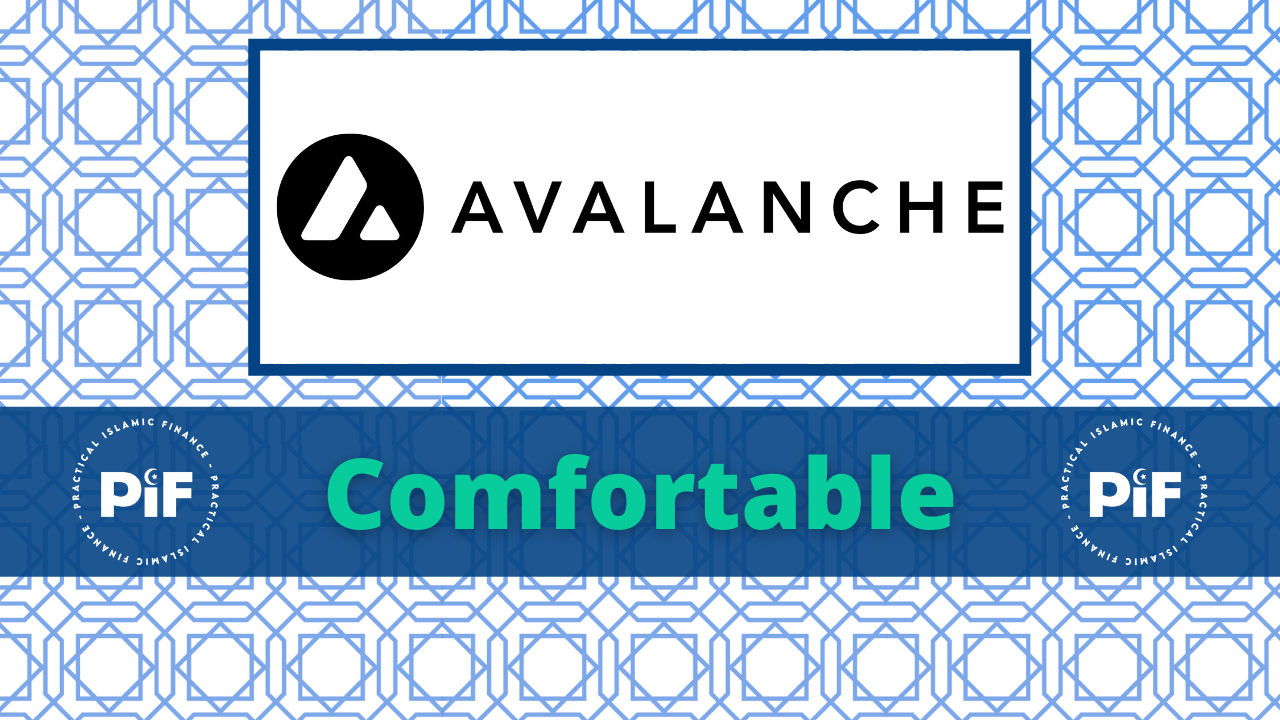 Avalanche is a smart contract platform designed to compete with Etherium that focuses on solving the issue of transaction speed and cost. It achieves this through a different consensus method formally called “snow.”

This system can be thought of similar to how information spreads through gossip. Nodes constantly communicate with each other and check to see if the majority agree with the current state of transactions and balances before a transaction occurs.

This allows information to collect similar to how a snowball would, gaining speed and material as it moves downhill, hence the name Avalanche.

This system enables the network to process lots of information extremely fast without compromising security, often only taking seconds to process and confirm a transaction.

As of right now, Avalanche has one of the largest decentralized exchanges hosted on its platform, SushiSwap, which has a circulating market cap of over 500 million dollars.

Many other decentralized applications are being built on the Avalanche ecosystem in order to take advantage of the lower transaction fees and high speeds that AVAX offers.

Avalanche’s intended purpose as a decentralized financial system with smart contract capabilities is not inherently haram.

Is Avalanche Linked to Interest-Bearing Debt?

The increased utility of Avalanche allows for the possibility of applications that partake in interest-bearing activities but these are built on top of the network rather than an inherent part of it.

Despite the presence of interest-bearing activities that occur on Avalanche’s blockchain, these are not inherent to the functionality of the blockchain itself.

What is Avalanche’s ESG Rating?

Governance refers to the incentive structures governing a cryptocurrency.

Generally speaking, decentralization makes it difficult, and sometimes impossible, for a corrupting force to affect all points of influence simultaneously.

A node is a computer connected to the network that holds the blockchain data for others to be able to use and download. This typically requires that all the blocks ever produced be downloaded but Avalanche has developed a system that allows typical participation nodes to only require recent data.

Historical block data is stored with archival nodes and can be retrieved by other nodes if required.

Currently, the largest holder of Avalanche is an unnamed wallet with 400 million AVAX which is about 4% of the total supply.

The more staking power an entity has, the more leverage it can exercise over the ecosystem. Commonly called a 51% attack, if one actor controls over half of the block creation, they can take control of the currency itself.

In the case of AVAX, it would theoretically take up to 80% of the block creation to successfully attack the network, making it much harder for a bad actor to control the network.

A proof-of-stake system works by using the coin itself to act as a “vote” that controls which node will create the next block. The more coins associated with a node, the more power it has to create blocks.

Avalanche has a staking limit of 3 million AVAX per node and there are only 14 nodes that have reached this limit as of January 2022.

There is no verifiable way to know how many nodes a single entity has control over but due to the amount of AVAX required to reach this limit and the sheer number of total nodes, we can assume that it is unlikely one entity holds a dangerously large percentage of staked AVAX.

Avalanche uses a proof-of-stake system that uses only required computations. One of the main objectives of the Snow consensus mechanism was to create an environmentally conscious alternative to proof of work protocols like Bitcoin and Ethereum.

Avalanche enables users to access a fully functioning smart contract network with minimal fees and high throughput all while remaining secure and consistent.

Additionally, it offers a good alternative to Ethereum’s DApp network and even goes as far as designing its interface to make porting Ethereum DApps a much easier process for developers.

Overall we find Avalanche’s benefits and potential for good to be substantial and outweigh the comparatively small costs associated with running its network.

From Avalanche’s intended purpose, lack of any structural reliance on riba, and ESG impact, Practical Islamic rates this cryptocurrency as:

Comfortable to invest in from a Halal perspective.