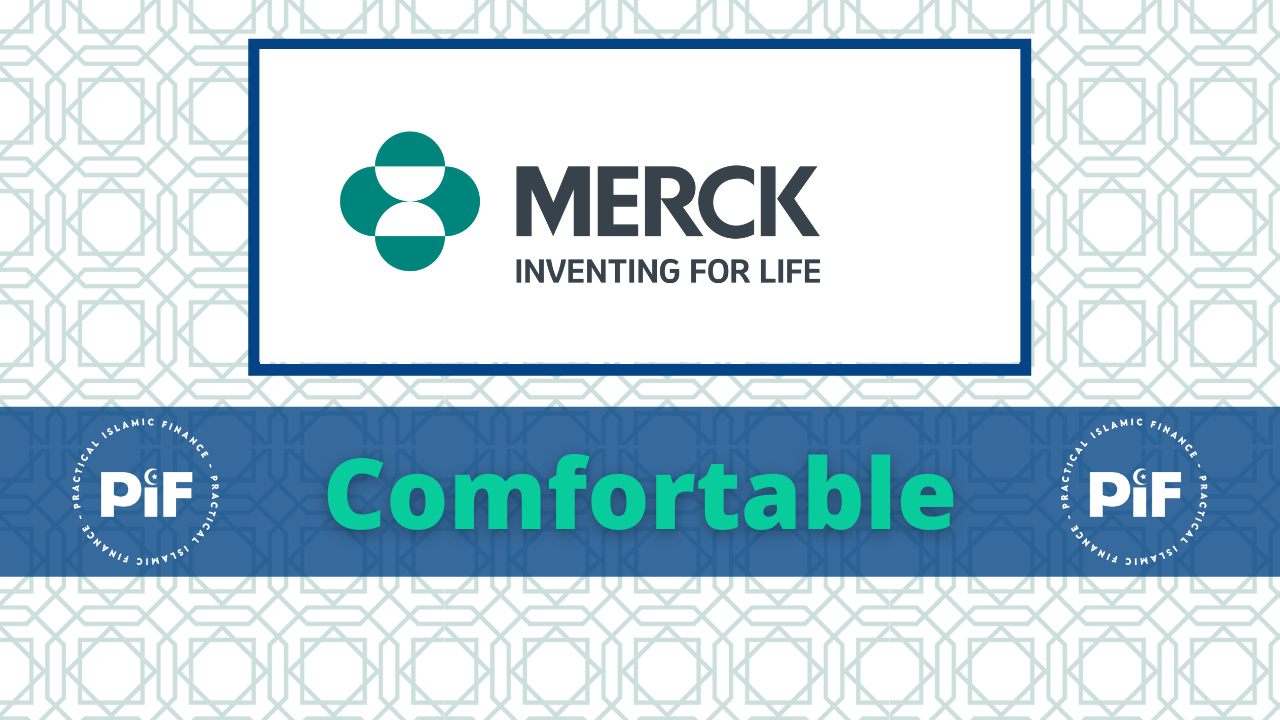 How much of Merck’s revenue comes from haram?

Merck earns its revenue from the following three segments:

The contributions from each of Merck’s revenue segments in their 2020 annual report were as follows:

The vast majority of Merck’s revenue comes from activities that are not inherently haram.

Does Merck rely on interest to operate?

What is Merck’s Environmental, Social and Governance (ESG) Impact?

Merck has had multiple environmental infractions in the past, most notably for using methylene chloride (an animal carcinogen) as a solvent in some of its manufacturing processes.

In addition, in 2011, Merck paid $1.5 million to settle alleged violations of federal environmental laws at its pharmaceutical manufacturing facilities in Riverside, Pennsylvania, and West Point, Pennsylvania.

Merck has since replaced the chemical compound in question and moved to more sustainable environmental practices.

Currently, 25.4% of Merck’s electricity supply comes from renewable sources, and the company has reduced its water usage by 15% since 2015.

In 1987, Merck established the Mectizan Donation Program, which involved donating as much of its Mectizan drug as needed for as long as necessary to help eliminate river blindness.

Merck expanded this program in 1998 to include donating Mectizan for lymphatic filariasis in African countries and Yemen, where it co-exists with river blindness.

More than 30 years since the inception of the Mectizan Donation Program and 4B doses donated later, several countries in Africa are making significant progress towards eliminating both diseases.

Latin America, Colombia, Ecuador, Mexico, and Guatemala have received WHO verification of river blindness elimination, and in addition, lymphatic filariasis has now been eliminated in Togo, Yemen, and Malawi.

Merck has an impressive Glassdoor rating of 4.2 out of 5 from 4,800 current and previous employees compared to a 3.3 average for all other Glassdoor rated companies.

Merck has had some past controversies, including allegations of deceptive marketing and routinely overbilling Medicaid and other health care programs.

These allegations have since been settled.

Given Merck’s fundamentally beneficial lines of products, and the fact that the company seems to have corrected course since; Practical Islamic Finance is willing to give Merck the benefit of the doubt moving forward so long as systemic causes for unethical behavior aren’t identified.

Comfortable to invest in from a halal perspective.

Over 30 Years: The Mectizan® Donation Program