Is Roblox (RBLX) Halal to invest in? 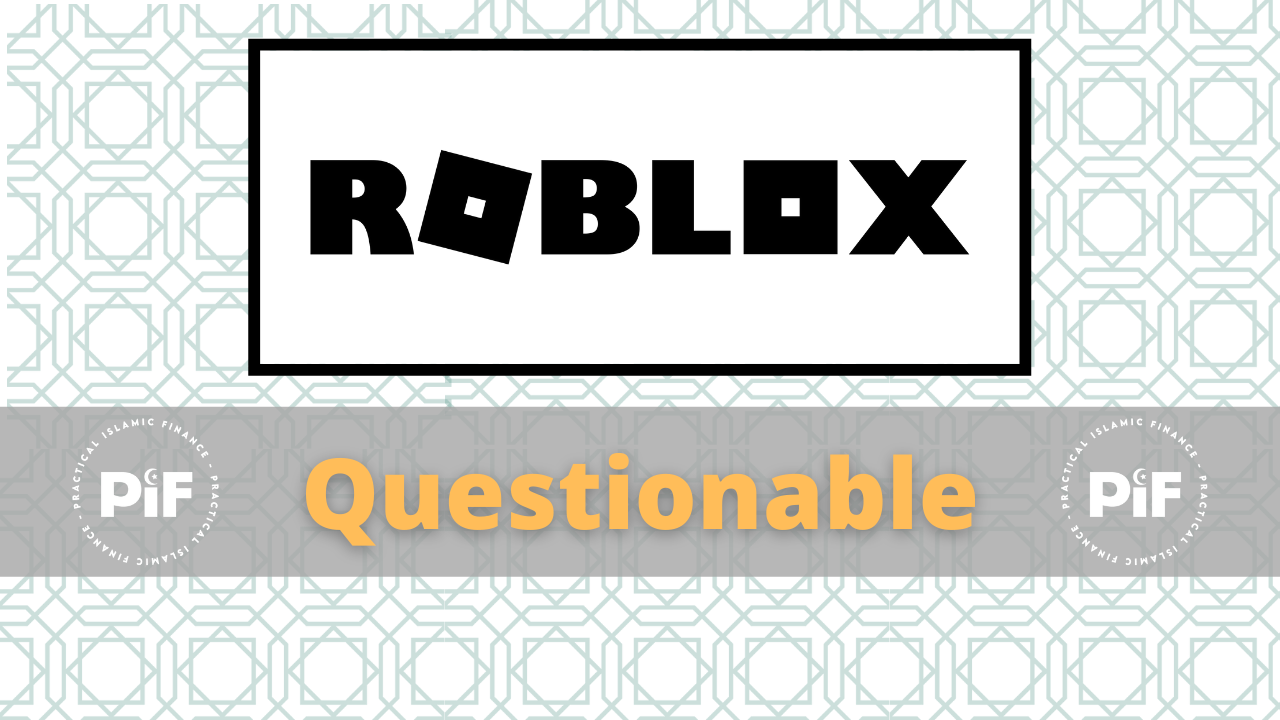 How much of Roblox’s revenue comes from haram?

Roblox is an online gaming platform that enables users to create their own games as well as play games created by others.

The company earns its revenue from the following segments:

Includes revenue generated from the sales of Robux to users. Robux is the in-game virtual currency of Roblox. Users use Robux to purchase access to experiences, enhancements in experiences, and items in the Avatar Marketplace. Roblox generates most of its revenue from this income stream.

Roblox states the following in its Q3 2021 Quarterly Report:

“Other revenue streams include a minimal amount of revenue from advertising, licenses, and royalties.”

An area of concern for Practical Islamic Finance is revenue generated from advertising when the product/service being advertised is haram.

Determining the exact share of revenue coming from haram advertisements is extremely difficult since Roblox does not provide advertiser-specific breakdowns of its revenue or mention how much it generates from “other revenue.”

PIF concludes that a non-material part of Roblox revenue comes from haram.

Does Roblox rely on interest to operate?

Riba is used but not relied upon in Roblox’s operations.

What is Roblox’s Environmental, Social, and Governance (ESG) impact?

Roblox has an average Glassdoor rating of 4.4 out of 5.0 from over 284 current and previous employees compared to a 3.3 average for all other Glassdoor rated companies.

In August 2019, Roblox moderators removed over 100 accounts linked to far-right and neo-Nazi groups after an investigation by NBC News.

One example of this is when the company banned “Dazzely”(considered to be one of the main leaders in introducing sexual content) from the platform. The company also filed a copyright violation notice against his Youtube videos which prompted Youtube to take them down. He has since delisted most of his videos or made them private. According to the CEO, such activities are considered a big risk to the Roblox platform and the company.

Multiple reports have also criticized the company for the way in which purchases work which makes it easy for children to spend large sums of money.

It is unclear to PIF whether the net ESG impact of Roblox is positive or negative.

Questionable to invest in from a Halal perspective

Justification for our rating

The Roblox platform is not sufficiently regulated. Despite the company’s continuous efforts to ban sexual content on the platform, this type of content continues to appear across the platform through games and chat rooms.

For example, according to one article “Some users have created sexually-explicit games within Roblox, with graphic content certainly inappropriate for the millions of Roblox players under 18.”  A mother states that her daughter was not only exposed to nude characters on the game, but that other characters sexually assaulted her. Though a spokesperson for Roblox confirmed that strong actions were taken after that incident was reported.

Given the above, while PIF doesn’t think Roblox management encourages or approves content of a sexual nature, PIF finds it at least questionable to invest in Roblox from a halal perspective.

Extremists creep into Roblox, an online game popular with children