Islam’s View on Debt and Interest 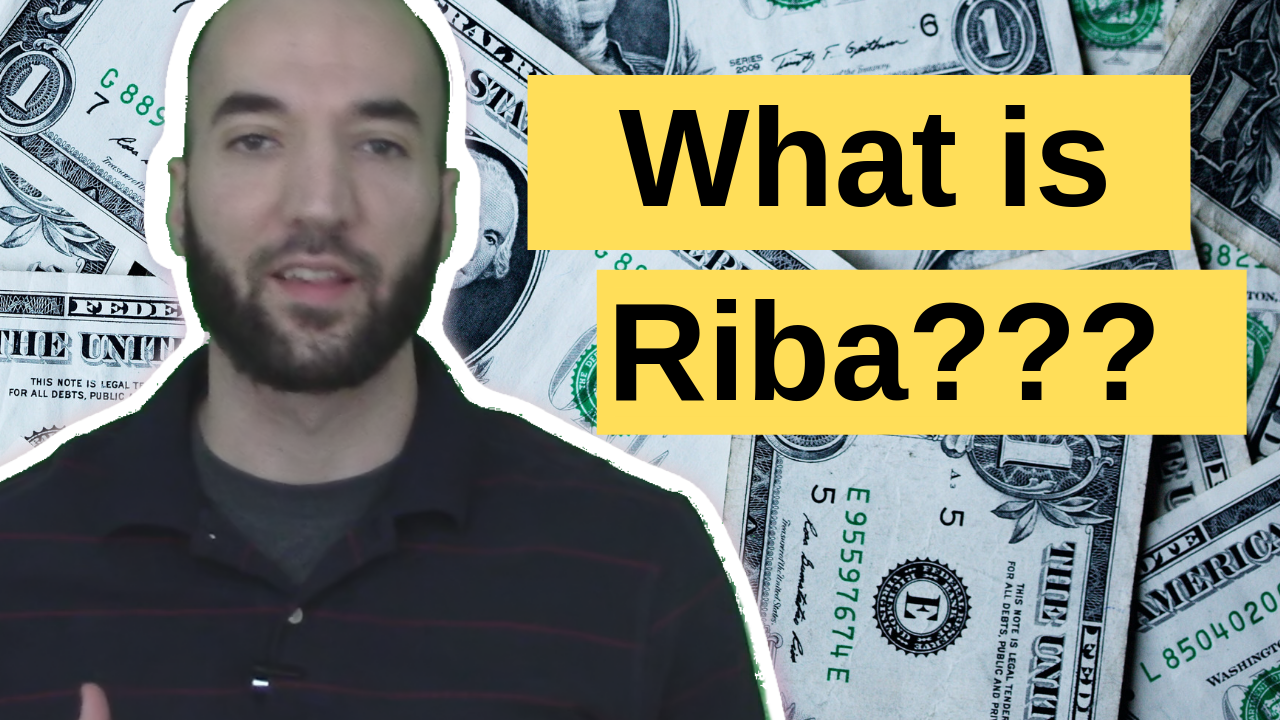 Perhaps the most well-known and fundamental characteristic of Islamic finance is the unequivocal prohibition of Riba. While most people simply equate Riba with the interest charged on debt there are some varying definitions and understandings of exactly what Riba is depending on who you ask.

In this article, I attempt to construct a clear definition for “Riba Al-Duyun”, which is the type of riba associated with loans. There are other forms of riba, which I will not address in this article.

Rather than start with telling you what I think the definition of Riba is, I would like to go through the process of defining Riba together so that you know why I’ve defined Riba as I have and if you are challenged in your understanding of Riba you know how to respond.

To define Riba we will stop at 3 main checkpoints:

The first checkpoint is the meaning of the word Riba in Arabic. More specifically, since we know that the meanings and usages of words have a tendency to change over time and because I think it’s logical to expect that the Quran used words in a manner that’s at least similar to how people at the time of its revelation understood them,  we need to look at the meaning and usage of the word Riba at the time the Quran was revealed.

Then, we will look at how the Quran and the prophet (PBUH) actually described Riba to see if we can refine our understanding of Riba beyond just the traditional meaning of the word.

The meaning of the word “Riba”.

Obviously, the Riba prohibited in Islam is not any and all increase, it must refer to a specific type of increase which it deems to be unjustified.

So now the question becomes, how was the word Riba used and what did it refer to when the Quran prohibited it?

The earliest documented statement I could find about the meaning of the word riba in pre-Islamic time is in a book called (الموطأ: Al-Mawatta) written by Imam Malik. This book is considered by many to be the gold standard for books that attempt to aggregate authentic sayings from the prophet and his companions all in one place.

In it, Imam Malik reports that Zayd ibn Aslam whose father Aslam worked for Omar ibn al-khattab who himself was alive in the period preceding Islam recounted that “Riba in the time before Islam was that a man would have a debt on another man for a set term. When the term was due, he would say, ‘Will you pay it off or increase me [In Arabic,`ataqdi aw turbi?’]’  If the man paid, he took it. If not, he increased his debt and lengthened the term of repayment for him.”

So based on the account I mentioned, the meaning of Riba includes any increase in indebtedness offered in return for an extension added to the original repayment term of a debt.

If I say, the meaning of charity in pre-Islamic times referred to giving money to the poor, this doesn’t mean that giving money to the poor is the only form of charity in Islam. The prophet mentions smiling in the face of your brother as a form of charity, giving directions to someone is charity, removing obstructions from a roadway is charity etc. So it’s not enough to look at the meaning of a word before Islam to understand what it means in Islam. We must check the Quran and the tradition of the prophet to see if they give us any further descriptions of Riba that would cause us to believe it includes more than just the traditional meaning.

Riba in the Holy Quran

In the Quran, Riba is addressed in 4 places, they are:

“And whatever riba you give so that it may grow with other people’s wealth, it will not grow with Allah [you will not receive any reward for it]…”

This was the first time the Quran addressed the issue of Riba and while one can argue that it isn’t an explicit prohibition of Riba it does suggest that Allah does not look favorably on dealing with Riba essentially saying that increasing your money using Riba will not curry favor with Allah.

In this verse Allah is referring to the people of the Torah who were prohibited from charging riba and when they disobeyed this prohibition they were punished.

“O you who believe do not eat up riba doubled and redoubled.”

275: Those who consume interest cannot stand [on the Day of Resurrection] except as one stands who is being beaten by Satan into insanity. That is because they say, “Trade is [just] like Riba.” But Allah has permitted trade and forbidden Riba. So whoever has received an admonition from his Lord and desists may have what is past, and his affair rests with Allah. But whoever returns to [dealing in Riba] – those are the companions of the Fire; they will abide eternally therein.

276: Allah destroys interest and gives increase for charities. And Allah does not like every sinning disbeliever.

277: Indeed, those who believe and do righteous deeds and establish prayer and give zakah will have their reward with their Lord, and there will be no fear concerning them, nor will they grieve.

278: O you who believe, fear Allah and give up what remains [due to you] of riba, if you are in truth believers.

279: And if you do not, then be informed of a war [against you] from Allah and His Messenger. But if you repent, you may have your principal – [thus] you do no wrong, nor are you wronged.

From these verses, there are three salient points that help us tremendously when defining Riba. The first point is when Allah says: “but Allah has permitted trade and forbidden Riba”. Therefore that which is strictly trading doesn’t involve Riba and that which involves Riba is not Trade.

When it comes to using your wealth you are either purchasing something be it a good, a service or an ownership interest in something, this is known as trade, or you are giving your wealth away with the expectation that you will receive less in return, this is known as charity, or you are giving and expecting exactly what you gave to return to you, known as lending. We know that trade and charity are obviously permissible in Islam, so then Riba must be dealing with lending.

The second salient point in these last verses is when Allah says: “but if you repent, you may have your principal.”

The third salient point is that when the Quran mentions the word principle, in Arabic, the words used are “رؤوس أموالكم” (“Ru’us Amwalikum”) and the word أموال (“Amwal”) refers specifically to money. As we know not all wealth is considered money. For something to be considered money, it must be commonly accepted as a medium of exchange and not meant to be directly consumed or benefited from. Therefore, the conclusion is that when the Quran is talking about Riba, it’s not placing a blanket restriction on benefiting from lending but rather it is specifically referring to benefitting from lending money.

Accordingly, lending an asset and charging rent is not prohibited in Islam.

So now in light of these points i.e. riba deals with lending money and anything above principle is unlawful gain, we can expand our definition of Riba to include this new meaning by saying:

Any loan of money that returns more than the principal to the lender is Riba.

Riba in the tradition of the Prophet peace be upon him.

Why was it lawful for the prophet to do this? Well, for starters it happened upon full repayment of the loan so it can’t be argued that it was meant to influence the time the lender was willing to wait to be repaid.  Second, because it was never a condition of the lender to get more than what he lent the prophet.

So now, going back to our definition of Riba, it’s not enough to say: Any loan of money that returns more than the principal to the lender involves Riba, rather, we must say:

Any loan of money which requires more than the principle to be returned to the lender involves Riba.

Put differently, lending in Islam can only be done as an act of charity, with no expectation of return above principle.

The conclusion here is that in order to identify Riba, you need to only ask two questions:

In other words, Is one party obligated to return the principal to the other? …if the answer is yes then ask:

2- Does the loan include a condition that more than the principal is returned to the lender?

(Regardless of whether the “more” here is fixed or variable).

If the answer is “yes” to both of these questions, it involve Riba.

Accordingly, all Islamic financing must be based on investments. The capital owner must take on risk if they aspire to grow their wealth. Otherwise, the majority of risk in the economy is born by the least able to carry it i.e. the borrowers.

There are other reasons why Riba is prohibited and many benefits to its prohibition that I will InshAllah address in future articles.

For now, I hope you have a better understanding of what Riba is, why I define it in this way, and how to identify it and sift through all the noise out there regarding what is and isn’t Riba.