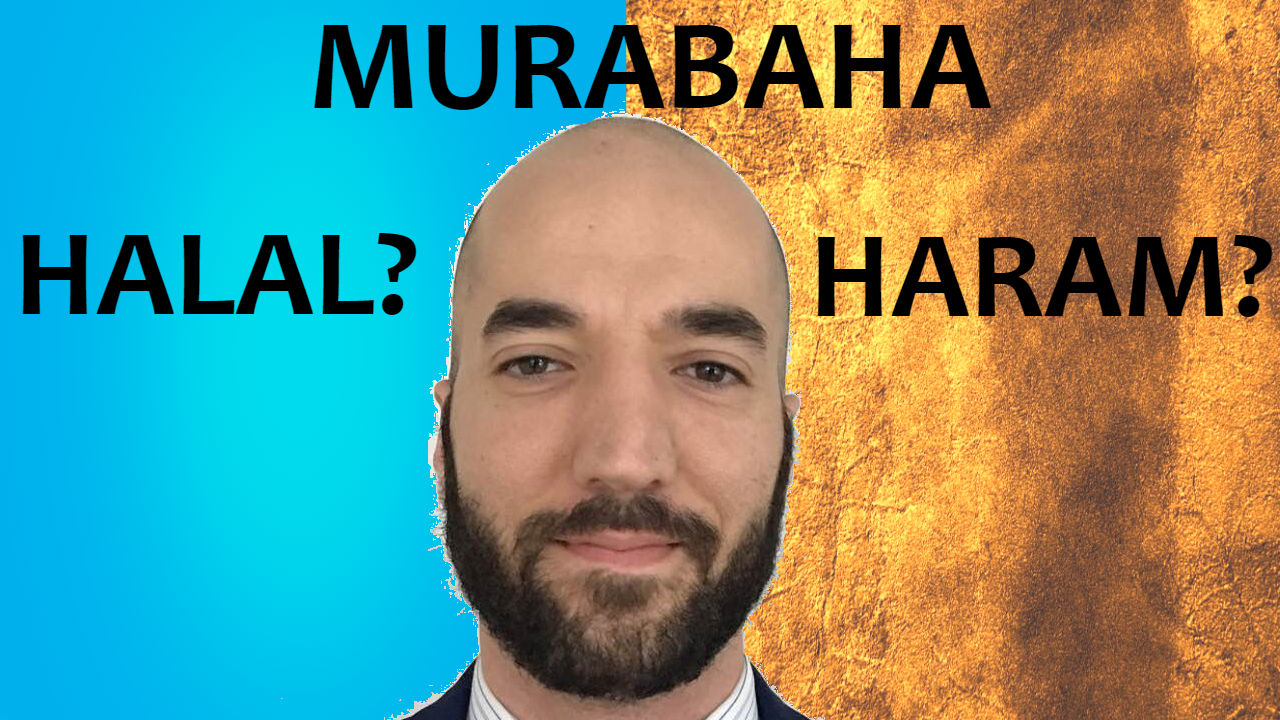 The word Murabaha comes from the Arabic word for profit and simply means a “sale”. In its modern form Murabaha has become the single most popular financing product amongst “Islamic” banks all over the world. It has been estimated that 80 to 90 percent of financial operations of some Islamic banks belong to this category. Islamic banks, using Murabaha, provide their customers with financing through buying goods that their customers need, and selling those goods to their customers at a higher price on a deferred payments basis.
The following is an example of a Murabaha contract:

Islamic banks that use this product claim it’s not interest because the amount that Adam owes is fixed and does not increase if he is delinquent on payments. Therefore, we are simply looking at a standard sale wherein a trader buys an item for one price and sells it for an increased price. Put differently, the argument for Murabaha is:

From 1 and 2, neither the bank nor Adam has done anything wrong and Murabaha is permissible in Islam.
Not so fast.
There is a beautifully precise oath that the courts in many countries require witnesses to give before their testimonies. This oath includes the following language: “I solemnly swear to tell the truth, the whole truth and nothing but the truth…”. Now while it can be said that points 1 and 2 in the argument for Murabaha are the truth, they are not the whole truth. To relay the whole truth, one must not forget to mention that:
The same car that is being sold for $12,000 on a deferred payment basis is being sold for $10,000 on a cash basis.
Now that we have the whole truth, let’s analyze the Murabaha example:

Now that the picture is complete, let’s discuss whether Murabaha involves interest (Riba) by first defining interest:
Interest in Islam is involved in any loan of money that includes a contractual requirement for more than the principal to be returned to the lender. The related verse in the Quran, a Muslim’s primary source of jurisprudence, is the following:

“O you who believe! Observe your duty to Allah and give up what remains [due to you] from interest, if you are [in truth] believers. And if you do not, then be warned of war [against you] from Allah and His Messenger. And if you repent then you have your principal [without interest]. Wrong not nor be wronged.” (2: 278-279)

Now the question we must answer becomes clear: Did the bank lend money to Adam with a contractual requirement to return more to the bank than the loan’s principal amount? Clearly yes. The bank charged $2,000 in return for Adam’s use of it’s $10,000 to buy a car. Whether the bank hands Adam the money or it hands the money to the dealership is irrelevant because in either case Adam is the one who decided where it was spent.
The fact that no penalties are assessed if Adam is delinquent on his payments simply means that the amount of interest in the Murabaha contract is fixed at $2,000.
Still not convinced?
Assume Adam goes to a traditional bank and borrows $10,000 at a %9.5 annual interest rate (at this rate he will owe $2,000 in interest in two years). Also assume that the interest on the loan is capped once it reaches $2,000. In other words, once Adam pays $2,000 in interest it stops accruing.
Does any Muslim disagree that the loan to Adam involves interest and is prohibited in Islam?
How is the traditional bank’s loan different from the earlier Murabaha contract?
Do the Muslims making arguments for Murabaha really believe that Allah, with all his glory and wisdom, prohibis the traditional bank’s loan because it does not involve the pointless ceremony of a bank buying the car from the dealership and immediately transferring ownership to Adam?
Remember Allah’s words when he says:

“We were not playing when we created the heavens and the earth and everything in between” Quran (21:16)

Further, if Adam pays off the traditional bank’s loan early he will end up paying less in interest than he would with the Murabaha bank’s financing.
As I mentioned, the Murabaha bank hasn’t eliminated interest at all – it just guarantees for itself the amount of interest it will collect.
In conclusion, saying that Murabaha is permissible in Islam is nothing less than an insult to Muslims. It implies that Islam includes pointless commandments that carry no value to the adherent.
I am against traditional loans for one reason: they use interest.
But I am against Murabaha for two reasons:
It uses interest AND It insults Muslims through claiming to be Islamic.