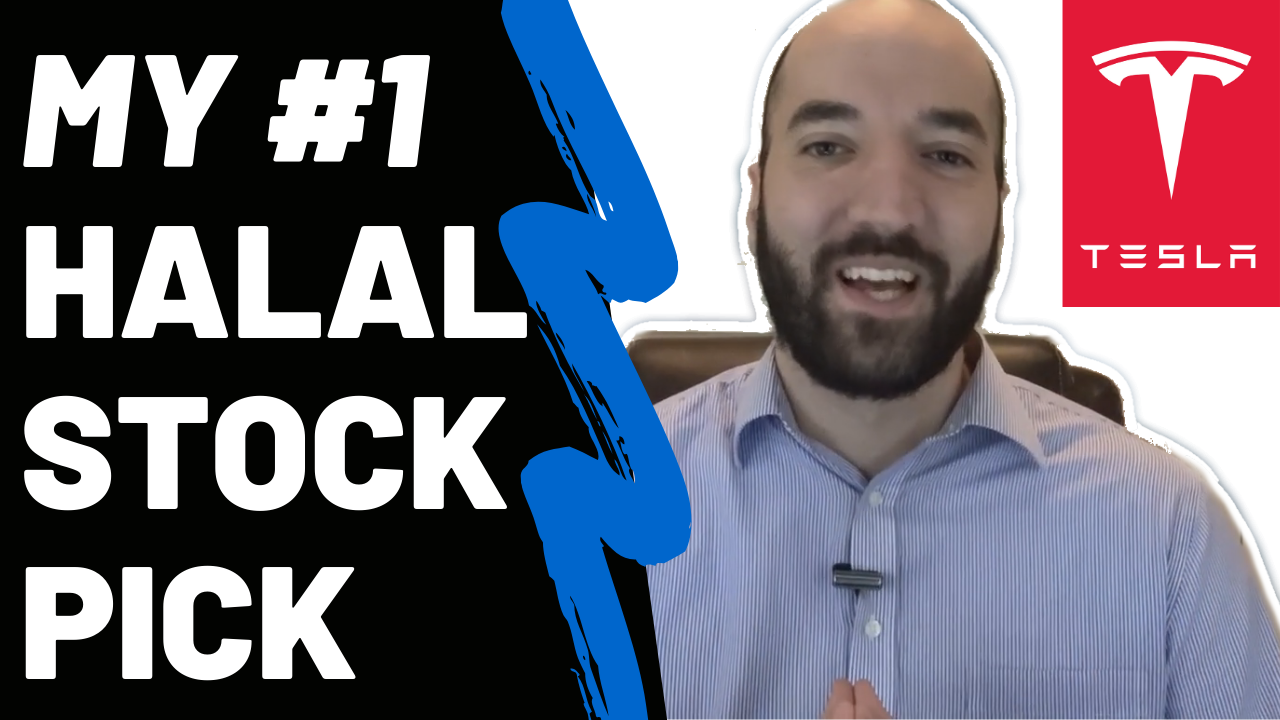 Many of you have asked me for a list of Halal stocks.

Today, I want to share with you a stock that I’ve been very upbeat about for a while now as I’m sure my friends and family can attest to, and that stock is …Tesla.

Amongst the Halal stocks I am familiar with, I think Tesla is perhaps the most attractive Halal stock on the market today.

Is Tesla a Halal stock to invest in?

Let’s start with why I think it’s a Halal company to invest in.

To do this, let’s remember my criteria for picking a Halal stock. For more background on these criteria check out the article I wrote on this topic here.

My three criteria for assigning a Halal rating to a stock are the following:

First Question: Can I describe the income Tesla makes from prohibited activities as a percentage of its total income as trivial?

To answer this question, let’s look at Tesla’s most recent quarterly report which was Q3, 2019.

From their quarterly report, we learn that Tesla’s revenues come from the following sources:

*Services and other revenue consists of repair and maintenance services, service plans, merchandise, sales of used Tesla vehicles, sales of electric vehicle components to other manufacturers and sales of non-Tesla vehicle trade-ins. (1)

Leasing simply refers to long-term rental agreements. There is nothing wrong with renting in Islam. I made a video where I talk about whether car leases are halal or haram in more detail if you’re interested.

From the revenue breakdown, nothing stands out to me as being prohibited in Islam. Accordingly, I feel comfortable with the nature of Tesla’s business and the fact that the percentage of revenue it earns from non-Halal sources when compared to Halal sources can be described as trivial.

Second Question for ascertaining whether Tesla stock is a Halal investment is: Do I think it is causing more good than harm?

Tesla has pioneered the manufacturing of electric cars for mass use. I’m sure you don’t need me to tell you how much pollution traditional internal combustion engines cause and how unsustainable using them is. Not only unsustainable from the perspective of damage to the climate but also unsustainable in that the amount of fossil fuels on earth is limited and eventually will run out.

The Tesla electric car has been instrumental in proving to humanity that there is a real viable alternative to our reliance on fossil fuels and if that isn’t creating a lot of good I don’t know what is.

As if that wasn’t enough, Tesla cars are saving humanity in another way by dramatically enhancing the level of safety at which people get around. Their are many factors that contribute to the superior safety of Tesla vehicles, perhaps most notably their autopilot feature.

According to the National Highway Traffic Safety Administration, there’s an auto crash every 436,000 miles driven in the United States.

The first Tesla safety report of 2019 shows one accident for every 2.87 million miles driven with Tesla’s Autopilot engaged. (2)

That means that Tesla’s autopilot was at least 7 times as safe as a human driver in the beginning of 2019.

In its most recent 2019 quarterly update, cars with Autopilot engaged were involved in one accident for every 4.34 million miles driven during the quarter.

Which means Tesla’s autopilot is now around 9 times as safe as a human driver! (3)

All this and I haven’t said anything about the positive impact Tesla’s solar panels and batteries are having and are poised to have globally.

So yes, I am confident that the world is much better off with Tesla than it would be without Tesla.

I am confident they are producing way more good than harm.

There is perhaps no other company on Earth that I could answer this question with more confidence than with Tesla.

My assessment of the good that Tesla is producing heavily influences my forecasts for their future financial performance because generally the more benefit a company produces, the more likely they are to succeed and prosper in the long run.

The translation of what Allah (SWT) says in part of verse 17 chapter 13 of the generous Quran is:

…As for that which benefits people, it stays in the Earth…

verse 17 chapter 13 of the generous Quran

So the recipe for having staying power and having longevity is to produce benefit for others and I believe Tesla is doing this in a big way.

The third question related to the Halalness of Tesla is: would I feel comfortable publicizing my investment in Tesla?

Yes, I would. To prove it, I would like to disclose that I own shares of Tesla.

Tesla stock’s performance outlook over the next 5 years.

As I mentioned in previous videos, when determining the outlook for a particular stock, it’s important to remember what you are doing when you buy a stock i.e. you are buying part of a business.

As such, the first thing to ask when buying a stock is: what do I think of their product?

So what do I think of their cars?

Today, as far as I can tell and leave a comment if you think otherwise, but there isn’t an electric car on the market today from any other company that can compete with Tesla’s model S from 7 years ago. (5)

Since then, Tesla has made massive advancements in many aspects of their cars including longer ranges (today’s Tesla model S Long Range option has a range of 320 miles) and enhanced self-driving capabilities which are unrivaled. (6)

So Tesla has a mammoth head start in the electric car industry which itself is projected to grow at a 20% compound annual growth rate (CAGR).

People like to refer to other massive car companies such as Toyota and BMW which should have the resources necessary to catch up with Tesla in a short time, however, these resources may prove to be liabilities rather than assets because they are not designed to manufacture electric vehicles.

Tesla’s electric vehicles are a completely different product from traditional cars with internal combustion engines despite the fact that they are used for the same purpose. We’re not just talking about replacing an internal combustion engine with an electric one. The amount of software and the quality of this software in a Tesla is simply not something that traditional car manufacturers have any experience producing or dealing with. It’s a bit like expecting the largest horse carriage manufacturers to quickly catch up with Ford in 1908 when Ford rolled out its first model T.

So you have a company with a massive headstart compared to everyone else, perhaps an entire decade at this point, in an industry which is projected to grow somewhere in the neighborhood of 20% every year over the next 5 years.

Not to mention what Tesla is doing in the field of solar panels, batteries and autonomous driving which by themselves represent trillion dollar opportunities.

There is much more detail that I could get into regarding Tesla but this should give you a bird’s eye view of why I think it’s such an attractive opportunity and I’m naming it my #1 Halal stock pick.

Don’t get me wrong, I don’t know what TESLA stock price is going to do in the next 6 months. The stock price may be flat it may be much lower or higher. However, if you ask me where it’s going to be 5 years from now, I have a strong inclination that it’s going to be substantially higher from where it is now. If it’s growth matches the rate of growth in the electric vehicle market it should be at around $750/share five years from now. If it’s other investments in solar panels, batteries and autonomous driving pay off, it may be much higher than that. I could be wrong, Allah knows best, but that’s my prediction.

I can hardly think of a company that is poised to grow at a faster rate than TESLA over the next 5 years.

Make sure you do your own due diligence on the matter and make up your own mind. Never invest any money that you can’t afford to lose. I’m not your financial advisor. This article is not investment advice.

Don’t put all your money in one place. Make sure you diversify your investments to reduce your risk. No matter how sure you are of something, you have to remember that you may be wrong and you have to plan for the downside and make sure you can afford the downside in case of its occurrence.

I should add here that while I personally own Tesla common stock, I am not affiliated with the company in any other way.

A company that I am affiliated with however is BFF Income Share Funding, we provide Halal funding for people living in the United States which can be used for anything. We also offer halal investments if you earn more than 200K annually.