On Deception, Uncertainty and Gharar 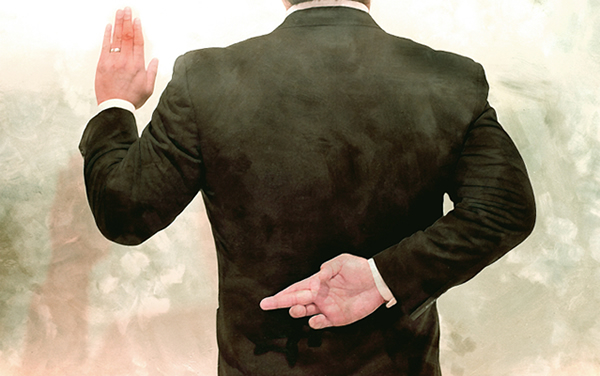 Gharar originates from the Arabic verb gharra, which broadly means: to deceive.
As it relates to business, gharar is considered one of the three main corruptors of business contracts in Islam (the other two being interest and gambling). Unfortunately, there is no widely accepted definition of what gharar in business is.
In this article I will attempt to define what gharar is and what it is not.
Broadly speaking, the prohibition of gharar has a clear implication: don’t deceive.
More specifically, deception in a sale can arise one of two ways:
1- Intentional distortion of the truth:
e.g. Adam sells Kasim a car advertised as having 50,000 miles on it whereas it actually has 150,000 miles.
2- Conscious omission of material facts that are discernable with reasonable effort:
Continuing our example, Adam also neglects to mention that the car’s engine caught fire a month ago.
There may be material facts that aren’t mentioned because neither the seller nor the buyer knew they were material. For instance, the car exhaust pipe may be greasy but neither the seller nor buyer knew to check because they didn’t know a greasy exhaust pipe is usually indicative of a larger problem. Hence the word conscious.
Additionally, material facts may be left out because it’s just not practical to find them out. A material fact about Adam’s car is how many miles the car has left in it. But since this cannot be determined without actually driving the car until it dies, leaving that piece of information out of the sale is permissible. Hence the “discernable with reasonable effort”.
Prophet Muhammad (pbuh) said: “The seller and the buyer have the right to keep or return the goods as long as they have not parted or till they part; and if both parties spoke the truth and described the defects and qualities [of the goods], then they will be blessed in their transaction, and if they told lies or hid something, then the blessings of their transaction is lost.” (1)
Most commentators on this topic try to associate gharar with uncertainty. Whether it’s uncertainty in the sellers ability to deliver the product, uncertainty in the existence of the product altogether or uncertainty in the benefit that will accrue for the parties from the sale. Still others focus on the amount of uncertainty, claiming that great uncertainty is forbidden whereas minor uncertainty is ok. I believe all this discussion of uncertainty is misplaced because of the conclusions it leads to:

The conclusions and limitations that arise from attempting to associate the quality or quantity of uncertainty with gharar make such associations highly unlikely. Allah says in the generous Quran (2:185) :
‘We want ease for you, not hardship’
The more likely relationship between gharar and uncertainty has to do with the cause of uncertainty. In other words, can the uncertainty be eliminated through the expenditure of a reasonable amount of effort? If the answer is yes, then this is the type of uncertainty you want to avoid. Remember the number of miles left in the used car for sale? There is relatively high uncertainty regarding what the exact number of miles remaining is and yet the sale is valid because this uncertainty cannot be removed without undue hardship for the seller and loss of value to the car. I claim that if all reasonably discernible uncertainty is removed from a transaction then the transaction is generally devoid of gharar regardless of what part of the transaction the uncertainty relates to or how much uncertainty there is.
We know that the prophet Mohammad, peace be upon him, forbid selling dates without weighing them first. We also know that he forbid transactions where someone says “I’ll throw this stone and whichever sheep it lands on will be the one I sell to you”. These transactions are forbidden not because they contain uncertainty, great or minor, rather because the uncertainty is easily removed without any loss of value. Just weigh the dates and specify which sheep you want to buy!
Ibn Taymiyyah correctly points out: “In all tradings each party hopes for profit and fears loss. This risk is permitted by the Quran, Sunnah and consensus of scholars, the business man is by nature a risk taker”(4)
Let’s be sure we are not restricting our business people through putting largely arbitrary limits on risk taking which is often necessary for them to produce certain types of value.
Sources: