Shiba Inu: Halal? Am I Buying? 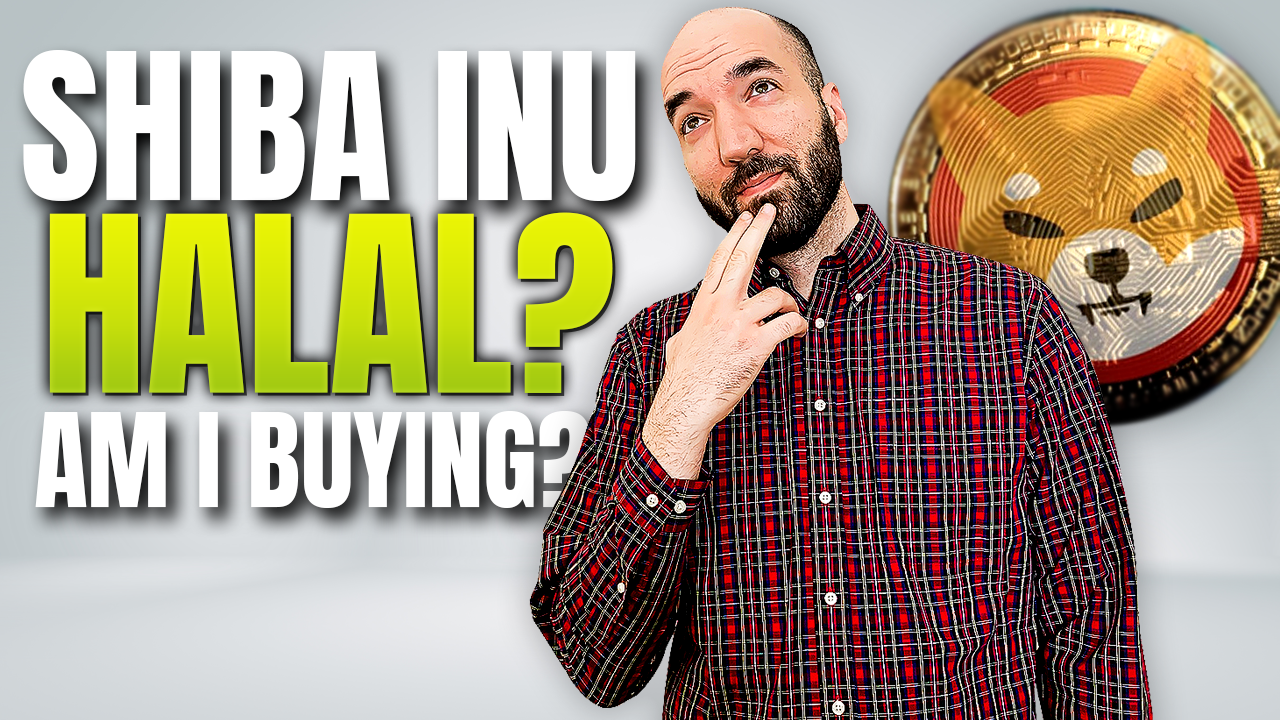 Shiba Inu, also known as Shiba token, is a cryptocurrency that has been pumping as of late.

That’s a lot of money.

So why does Shiba Inu have this valuation? Is it justified? Is it halal? Is anything real? Does anything matter?

We’ll take a crack at answering some of these questions in this article.

What is Shiba Inu?

Shiba Inu is a cryptocurrency created in August 2020 by an anonymous person that goes by “Ryoshi”.

If you had bought $100 worth of Shiba token back then and held on to it, it would be worth more than $1 million dollars today.

The word Shiba Inu actually refers to the same breed of dog depicted in the Dogecoin symbol.

In fact, when Shiba Inu was created, it was modeled off Dogecoin.

There are some key differences between the two meme coins however…

Dogecoin uses essentially the same technology as Bitcoin. It’s code was copied and pasted from Bitcoin’s.

Shiba Inu is built on the Ethereum network. This gives it a decided advantage compared to Dogecoin in that it can interact with smart contracts which are the key building blocks of decentralized applications.

Dogecoin currently has a supply of roughly 130 Billion tokens in circulation with 5 billion additional tokens added into circulation every year and no cap on supply.

Shiba Inu started with 1 quadrillion tokens. However, when investors Shiba tokens, a portion of the transaction is burned in a transaction fee, reducing supply over time.

While Dogecoin is proof of work, meaning it uses computing power to secure its blockchain in a similar way to Bitcoin, Shiba Inu is proof of stake which is more environmentally friendly.

Both coins aim to be a means to transact and store value.

Supporters of both coins are insanely passionate.

I suppose the argument that could be made against Shiba Inu is that it is extremely speculative at this point and with so few current use cases, buying Shiba Inu is so risky it is irresponsible.

My response to this argument is two parts:

First off, the person making this argument may be completely wrong about the risk profile of Shiba Inu. They may have missed something. Someone else may see things differently and may find this token to have a lot of merit.

Who is to say which person’s analysis is correct?

Second, different people have different abilities and tolerances for risk.

If I have $1 million cash in the bank, a $5,000 investment in something like Shiba Inu may not be that risky for me.

On the other hand, if I only have $2,500 to my name and I borrowed an additional $2,500 and invested the $5,000 total in Shiba Inu, this would likely be rather irresponsible and reckless of me.

However, this is a determination that the discerning investor has to make for themselves and I don’t think it is the place of a third party to come in and tell someone what they can and cannot invest in from a risk perspective.

Unless of course this person has demonstrated extreme foolishness in the past that has lead to financial hardship for themselves and their dependents, Allah swt says:

Don’t give your money to the foolish

The most important consideration for ascertaining whether a crypto is haram or not is to ask the question:

What purpose is this cryptocurrency serving or intending to serve?

As I mentioned earlier, Shiba Inu is designed to serve as a means of exchange and storing value and I see nothing objectionable about either purpose.

At least not now.

I understand the appeal though.

A version of Dogecoin that is compatible with smart contracts makes a lot of sense.

Additionally, I think Shiba Inu will likely be added to Robinhood soon which will potentially serve as a temporary catalyst for its price.

However, the Shiba Inu creator(s) got the token count completely wrong.

One cent is the smallest value I think Shiba Inu can have for people to use it in commerce.

You’re not going to convince a sufficiently large number of people to transact in a coin that costs $0.000025 per token.

People are just not that good at math.

With close to 400 trillion tokens, for 1 Shiba token to be worth 1 cent, the market cap of Shiba Inu would have to reach 4 trillion dollars.

To put this number in perspective, that’s the annual GDP of the country of Turkey over 5 years.

This will never happen.

There is a lot of token burning to do before we get to a point where a critical mass of people find it practical to purchase something with Shiba Inu.

So long as I see the prospects of practical usefulness to be slim for this token, and since this blog is titled “Practical Islamic Finance” after all, I’m going to stay away.

You can follow my crypto portfolio by becoming a premium or elite member.

Use this Coinbase link to get $10 free when you sign up and make a $100 crypto transaction.