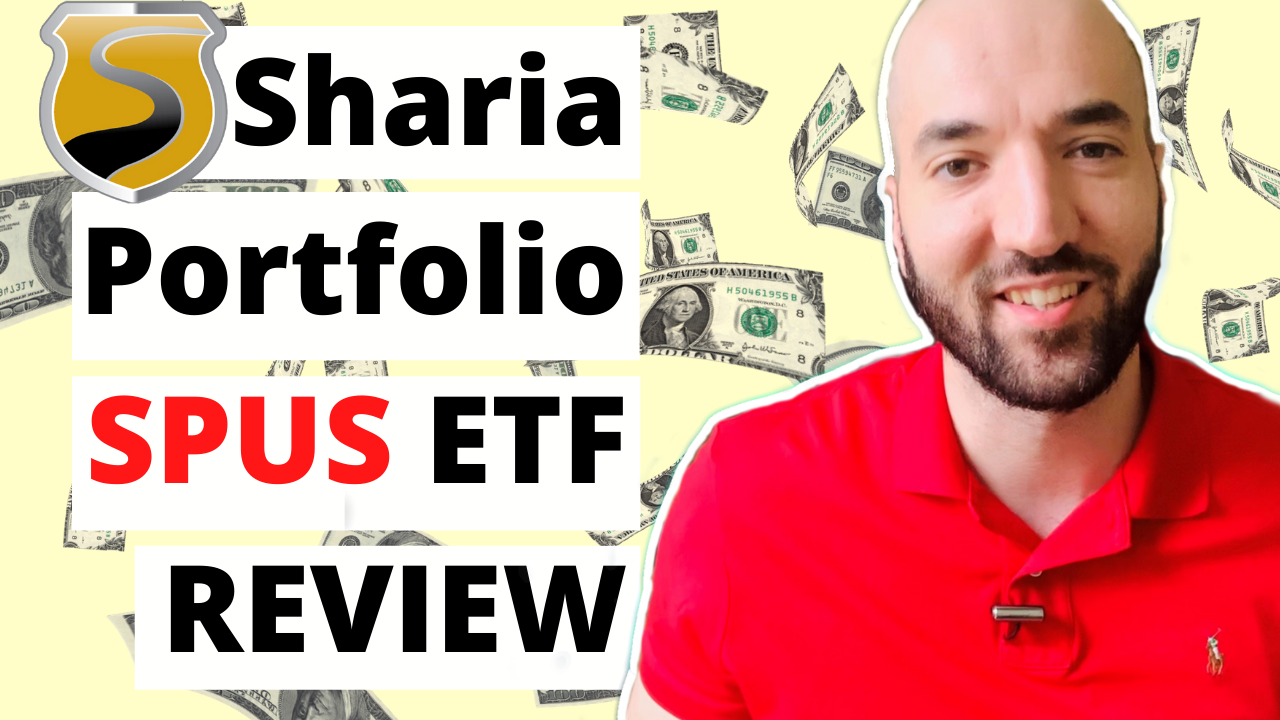 This index claims to contain all the companies in the S&P 500 with exception to the non-halal ones.

SPUS has 181 holdings, I went through them briefly. I found no obviously haram stocks in their portfolio.

Their top ten holdings represent around 43.4% of the value of their overall holdings.

In terms of valuation, as of the date of this article the constituents of this ETF have a relatively high valuation with an average PE ratio of around 25. Historically, the average PE ratio for S&P 500 companies has been just under 20.

They pay out a small dividend of around .38% annually.

Depending on how much you have invested you may or may not be able to shop at whole foods once a year with that money.

SPUS has an expense ratio of 0.49% which is higher than typical expense ratios for index tracking passive ETFs which tend to be closer to .2% if not even smaller.

For example, VOO the S&P tracking ETF the expense ratio is .03%

One of the financial ratios criteria this ETF uses to screen for halal stocks is that the debt-to-equity ratio should not be more than 30%.

While inaccurate for the purposes of screening for halalness, there can be some positive financial implications to screening for companies that have debt-to-equity ratios of less than 30%.

These financial implications manifest the strongest in periods of extreme uncertainty wherein investors are often willing to pay a premium for companies with lower levels of debt since they have fewer fixed financial obligations and therefore represent lower risk.

This premium that investors are willing to pay for companies with smaller debt levels has translated itself for SPUS with a solid beat of the general S&P 500 since recovery from the Corona virus lows in mid March.

Some of you may remember from my article on HLAL that the performance of HLAL was similar to the S&P.

Depending on when you decided to make the comparison, HLAL was either behind or ahead of the S&P by a percentage or two.

However, SPUS has had a clear advantage compared to both the S&P and HLAL.

You’ll notice from the chart comparing the three since the inception of SPUS on December 18th of 2019, with SPUS in red, VOO in purple Vanguard’s ETF that tracks the S&P 500 and Wahed’s ETF HLAL in green, the performance of the three ETFs was very close prior to the Covid-19 dip in March but afterwards there has been some clear separation in SPUS’s favor post dip.

To understand why this is, one should remember that HLAL was designed to follow the FTSE Sharia USA Index which includes smaller, mid and large cap stocks whereas the SPUS follows the S&P 500 Sharia Industry Exclusions Index which only contains large cap stocks.

Large cap stocks tend to do better in periods of economic uncertainty as they typically have stronger balance sheets and are better able to weather prolonged economic downturns.

So the advantage compared to the S&P 500 is due to the screening against high debt loads.

The advantage compared to HLAL is due to only having large cap stocks.

I would give an edge to SPUS ETF over Wahed’s HLAL ETF while we remain in uncertain economic times, they both have the same expense ratio but SPUS follows large cap S&P 500 stocks which I think are going to do better in aggregate than HLAL’s eclectic group of small, mid and large cap stocks.

If you want to get started with investing, I recommend trying out M1 finance. It’s a completely free service.

If you want to diversify your holdings with more than one asset class and you earn more than 200k annually check out the investment fund I manage.

Disclaimer: Everything I’ve said is meant as food for thought and not investment advice. Make sure you do your own due diligence before you make any investing decisions.