A semiconductor is a material product usually comprised of silicon, which conducts electricity more than an insulator, such as glass, but less than a pure conductor, such as copper or aluminum.

Semiconductors are at the heart of all electronic devices like personal computers (PC), laptops, and mobile phones and are central to information technology.

The semiconductor industry is characterized by its cyclical nature, as it is highly susceptible to fluctuations in global economic demand. The primary drivers of this cyclicality include:

As interest rates increase the present value of future cash flows goes down and so do valuations.

As the chart below shows, the Philly Fed Semiconductor Index (blue) is highly correlated to the 10-year US bond yield (orange, inverted).

The current yield on the 10-year is close to 3.5% and forecasts suggest it may end the year at 4.2%. This suggests pressure will continue to be applied to valuations in general and semiconductor valuations in particular.

During recessions, cyclical industries like semiconductors suffer as demand plummets. The table shows the maximum peak-to-trough drawdown of the technology sector during the last 4 recessions.

From the above table we can conclude:

1) The Tech sector on average halves in value during a recession.

2) The semiconductor industry has the biggest decline on average among the technology industries.

3) In the event of a recession there is likely further downside in semiconductor stocks as the current decline at -39% is still short of the -56% average decline during previous recessions.

That said, individual experiences are rarely exactly like the average.

In 2023 the market is expecting semiconductor industry earnings and sales to contract -10% and -4% respectively making it the weakest industry in the tech sector.

Additionally, according to Goldman Sachs: over the last 6 recessions the average decline in earnings in the Semiconductor industry was -31%. Therefore in the event of a recession, the market will have to significantly downgrade earnings forecasts putting even further pressure on stock prices.

Key valuations for the semiconductor industry are still trading at a premium relative to the S&P 500.

Semiconductor inventories reached a 10-year high in the second half of 2022. Combined with falling demand inventory build-up has also worsened leading to a supply glut in memory chips. Excess supply of chips will lead to falling chip prices and lower earnings for semiconductor companies.

Increased use of chips in various technologies like 5G, 6G, IoT, smart cities, and further advancements in areas like edge computing, digital health, and artificial intelligence will increase the need for semiconductors.

If we’re not at the bottom of the semiconductor cycle already, we assess that we’re at least close.

Considering our long-term time horizon, we may start nibbling on a few of our favorite names shortly.

If you’d like to learn how to master the markets in a halal-conscious way, see our course Master Halal-Conscious Investing, there are limited spots available for each cohort.

If you already know enough, consider joining PIF’s Premium or Elite memberships to see how we invest our own money and get exclusive expert analysis of stocks and cryptos. Get buy/hold/sell prices and start halal-conscious investing today! 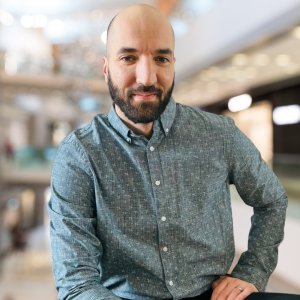