What is Human Capital Mudarabah? What are the Benefits?

What is Human Capital Mudarabah? What are the Benefits?

A Human Capital Mudarabah contract is based on a partnership in which one partner is the financier (the investor, or rabb-ul-mal) and the other partner (the fund manager, or “mudarib”) manages the financier’s investment in business activity. Both parties agree in advance to a profit-sharing ratio.
If the investor (rabb-ul-mal) leaves it open for the mudarib to undertake whatever business he/she wishes, the mudarib can invest the money as they see fit. This type of mudarabah is called “al-mudarabah al-mutlaqah” (unrestricted mudarabah)

Most people who earn income are engaged in business activity; they are trading in their time and skilled labor in order to receive an income. Whether the person is a doctor, engineer, teacher, mechanic, etc. they are all selling their time and skilled labor in order to generate an income.
Typically, Mudarabah implementations have been limited to only certain types of business activity i.e. trading in material goods. However, based on the fact that most income earners are engaged in business activity, I believe the applications of Mudarabah are far more versatile than current implementations suggest. Specifically, I believe Mudarabah contracts can be used to finance the personal needs of virtually anyone who plans on earning income.

I call the product “Human Capital Mudarabah” or HCM

In a nutshell, Human Capital Mudarabah allows people to raise money for themselves in return for them committing to share a fixed percentage of whatever they earn (profit sharing ratio) for a fixed period of time in which they are working.

Financing this way guarantees affordable payments for the financed (since payments are a percentage of income rather than a fixed dollar amount) and allows investors to invest in a more stable asset class than equity i.e. wages.

When adopted in mass, Human Capital Mudarabah will form the foundation of an economy more equitable than its debt-based counterparts; an economy where human capital is valued more than monetary capital and where opportunity is based on the merit of the individual rather than the social class they belong to.

HCM allows people to raise money for themselves in return for committing to share a fixed percentage of whatever they earn (profit sharing ratio) for a fixed period of time in which they are working.

The 4 benefits of using HCM financing: 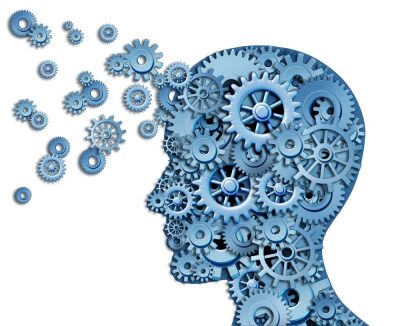 Payments are designed to stay affordable since funded individuals are obligated to pay a fixed percentage of their income rather than a fixed dollar amount.

Since investor returns depend on how well the financed is doing, investors will be motivated to help the financed advance their career by offering them mentorship and connections.
Note here that the financier has no authority to make decisions for the financed nor is allowed to offer unsolicited help. People receiving HCM financing are not giving up any control over their career or life decisions.

For those who are stuck in debt, refinancing with a Human Capital Mudarabah agreement will allow them to break the cycle of continuously accruing interest and debt obligations. This is because the period of working hours in which the financed is obligated to share their income in an HCM agreement is fixed.

Muslim consumers who would like to adhere to Islam’s prohibition on paying interest now have a personal financing option with features that make it superior to debt.